Following a promised review of the Native American tableau, which was pledged as a consequence of a complaint from a Chickasaw Nation man to Blackpool Council, an additional grievance has been raised – this time centred upon the iconic ‘Open Sesame’ display.

An Iranian national, residing with his family in Blackpool, has added his voice to the concerns of dated images providing outmoded and stereotypical images which contradict the Council’s ‘Black Lives Matter’ agenda. He joined the Chickasaw Nation man in reminding Blackpool Council that they unanimously supported a resolution to ‘confirm support for the anti-racist aims of Black Lives Matter and other anti-racism campaigns.’

The Iranian national has told Lytham St. Anne’s News that the tableau ‘Open Sesame’ explicitly projects a stereotypical and negative view that Iranians and those who originate from the Arabian peninsula are skulking thieves and prowling robbers with blades at the ready, lurking and hiding, waiting to rob and steal.  The representations in the Illuminations scene also focuses entirely on men. Female lives and identities are absent, denoting not only racialised but also gendered negative contexts. He says such adverse and antagonistic images increase an already prevalent discrimination and hostility against those of an Iranian heritage. He is now putting his concerns in writing to Blackpool Council and hopes a more positive image of Iranians may become an additional feature on next year’s displays.

The specific criticisms of the images presented in the Native American tableaux were shared in an article yesterday in Lytham St. Anne’s News and were given a wider audience during last night’s North West Tonight on the BBC (Friday 27th September). 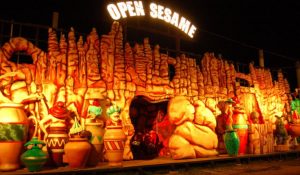 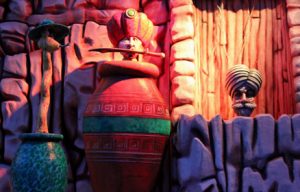 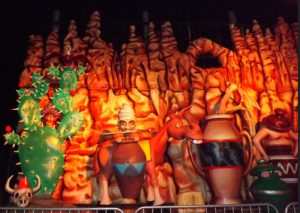