A Staffordshire bull terrier found running around Blackpool has been reunited with her owner – the dog, then a puppy, having disappeared from a Yorkshire garden seven years ago!  It was back in 2014 when Red vanished from a Wakefield garden – and despite attempts to locate the microchipped puppy, she was never found. But last week the long-lost dog was found running around Blackpool.  And now thanks to Homeward Bound Animal Welfare Red is now back with her owner!

Wendy Mulela founder of Blackpool’s Homeward Bound says, ‘A dog was found and kept safely overnight. As usual, I do all the chip checks for all jobs we go to, and this chip had a marker on it which told me this dog was marked as missing! I tried to reach the owner by phone, but no answer. The address is not local either. When I can, I do help out other volunteers all over the country and today, a couple of them helped us, and called at the address over 75 miles away from where the dog was found… and there they found the owner. The owner cried, the volunteers cried… because this dog had been missing for SEVEN LONG YEARS!!!! Yes, that’s right, she went missing in 2014! This is truly an amazing job where several people need a shout out from us and a reminder to all, that there is always hope, and keep that chip marked and up to date no matter how long it is

Red has been now been reunited with her owner Tracy Chapman. Tracy said, ‘Red was just a puppy when she went missing. We looked all over for her but we never found her. I think somebody took her in for themselves. She’s certainly bigger. She looks brilliant. She’s clearly been looked after. I never thought I would get her back. She’s got a bit of a cheeky personality but she’s got a great temperament and she’s very lovable and very loving.’ 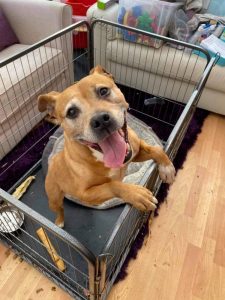 Have you seen David?

Could this be the alternative to fireworks that Lytham locals have been begging for?!

Have you seen David?