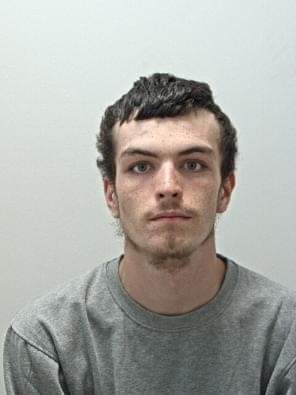 Man jailed for the Fatal Kirkham Bypass incident in 2019

A motorist who killed a Wesham man in a fatal collision in Kirkham has been jailed.

Police had been called around 4.15pm on July 18, 2019, after reports of an incident at the junction of Freckleton Street and the A583 Kirkham Bypass.

Officers attended and Andrew Dean, 46, from Wesham, was found in the carriageway with serious head injuries. Sadly he was pronounced dead at the scene.

Mr Dean had been driving a white Renault Master van westbound on the A583 when he was involved in an altercation with Rowbottom, who was driving a metallic blue Nissan Micra car.

Both vehicles later stopped close to the junction with Freckleton Street and Mr Dean got out of the van to speak to Rowbottom, standing in front of the Nissan.

The Nissan was driven from the scene and later stopped by police around 4.45pm between junctions 6 and 5 of the M61 with four people arrested.

A man and woman, as well as two girls, were arrested on suspicion of murder.

The woman and two girls were released no further action.

Rowbottom pleaded guilty to the offences and was handed a nine year sentence, including six years in a Young Offender Institute, with a further three years on licence.

He was disqualified from driving for 10 years and must take an extended retest.

Det Con Emma Handley, of Lancashire Police, said: “This was a very sad and tragic incident and my thoughts remain with Mr Dean’s family at this difficult time.

“While we can’t be certain what led to Mr Dean and Rowbottom becoming involved in an altercation, we know from other motorists the Nissan was seen being driven erratically in the area.

“Mr Dean stopped his van and went to speak to Rowbottom, standing in front of the vehicle.

“Rowbottom’s reaction was to set off at speed, with Mr Dean on the Nissan’s bonnet, before breaking sharply, throwing the victim from the car and onto the road, where he suffered fatal injuries.

“We hope in time Mr Dean’s family can come to terms with what has happened, knowing Rowbottom has been brought to justice.”

Our thoughts are with Mr. Deans family at this time.