The weekly Rail magazine has prominently featured the Tram Shelter on Clifton Drive as a significant vestige of the seaside tram-era and has signposted the building as well worth a visit to its many enthusiastic readers.

The weekly magazine also shared a brief history of this local landmark.

‘In 1896, the Blackpool, St Anne’s and Lytham Tramway Order turned long-term calls for a tram-way to Lytham St Anne’s into a reality.

It ran from the South Shore railway station (the terminus of the Blackpool tramway) and was opened on July 11 1896 by the British Gas Traction Company, running compressed coal gas trams.

Gas proved unprofitable and the tramway was purchased by the Blackpool, St Anne’s and Lytham Tramway Company, which obtained authorisation to rebuild the route on the electric principle. The electric tramway opened on May 23, 1903.

Rail magazine says that there are future hopes that Blackpool Tramway could extend south to Lytham St Anne’s from its current terminus at Starr Gate.  Meanwhile they highly recommend that enthusiasts visit the restored tram shelter used for the line on Clifton Drive. 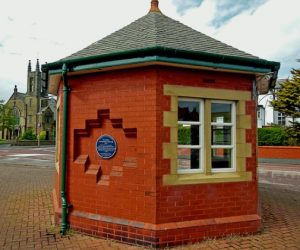 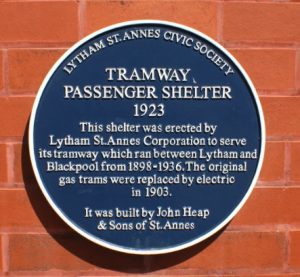 Stunning images of Witch Wood on a frosty morning!

What’s going on at Lytham Hall this Christmas?

Lots to look forward to at Lytham Hall next year!!