Back in 1980 the Borough of Fylde had a BIG problem with the then really popular St. Anne’s Open Air Swimming Pool.  They wanted to clean the pool of the algae and dirt, which had built-up, in time for the start of the new season due to start on the 10th May 1980. Someone had the bright idea of filling the large pool with sea water fish to eat the Algae. When the pool was almost clean the Borough of Fylde invited local fisherman to empty the pool by catching them with their rods and lines. The publicity photograph released on 24th April 1980 shows the then Baths manager Mr George Fitzsimmons enjoying a lunch time fishing session.

St Anne’s Open Air Swimming Pool opened in 1916. The pool closed in 1989.  The photographs below show the pool in its heyday – and the sad sight of its demolition.  With UK Staycations being so popular in 2021, it is a shame that this once popular attraction is no longer with us! 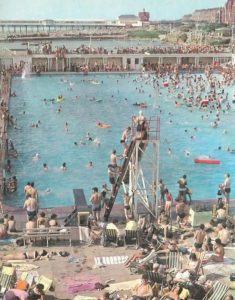 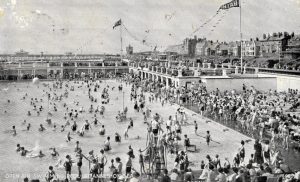 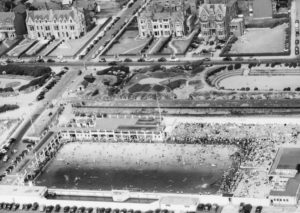 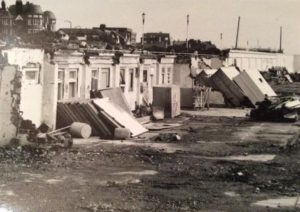 Whatever Happened To The Peter Rabbit Children’s Hotel – St. Anne’s 1951?