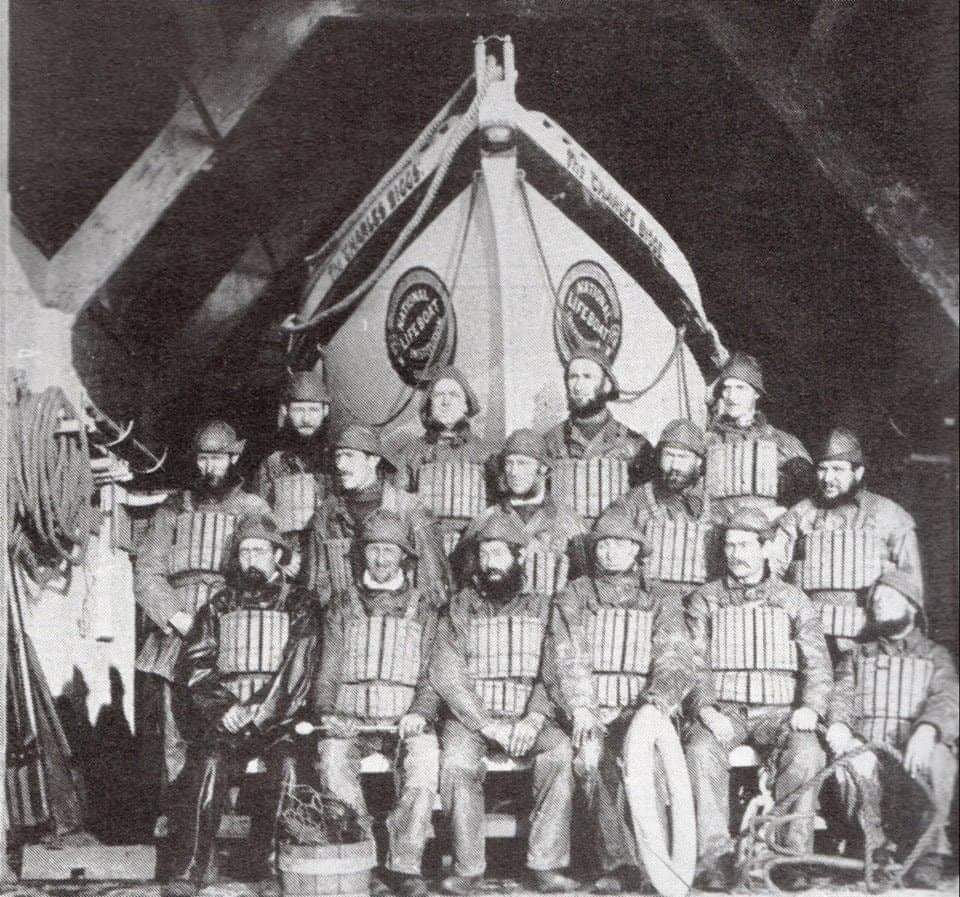 The Great Lifeboat Disaster of 1886.

This rescue remains the worst loss of crew in a single incident in RNLI history and was viewed as a national disaster across Victorian England.

The Mexico, a 400 ton Hamburg barque, left Liverpool on 5 December 1886 bound for Guayaquil, Ecuador. Four days later she was caught in a violent gale and amidst heavy seas and snow showers she ran aground on the perilous sandbanks in the Ribble Estuary near Southport. Lifeboats were launched from Lytham, St Annes and Southport to rescue the stranded crew.

Eliza Fernley from Southport and Laura Janet from St Annes were the first lifeboats to launch. Tragically, they both capsized during the rescue attempt and 27 of the 29 crew were drowned. A third lifeboat, Charles Biggs, launched on its maiden rescue, saved the Mexico’s 12 crew members.

The Rescue
Southport’s Eliza Fernley was the first lifeboat to be launched in response to the Mexico’s distress signals. As the Eliza Fernley reached the stricken vessel the rough seas and terrible gale capsized her. Only 2 of the 16 crew survived, Henry Robinson and John Jackson, who had been trapped under the boat after it overturned. They survived by clinging to the keel of the boat and swimming back to shore to raise the alarm. Two hours later the lifeboat was found washed up at Birkdale.

Twenty minutes after the Eliza Fernley was called out, the Laura Janet from St Annes was launched. It never reached the Mexico and was found ashore the following morning – the entire crew had been lost. As there were no survivors it has never been clear exactly what happened to the Laura Janet.

​A third lifeboat, the Charles Biggs, was launched on her maiden rescue to assist the crew of the Mexico. After shattering 3 oars and being filled numerous times with water, the Lytham crew, in their new vessel, miraculously reached the stricken ship. By this point the Mexico had settled on her beam ends and her crew had strapped themselves to the rigging. The Charles Biggs rowed for a mile and a half to reach the Mexico and successfully rescued all 12 crew members.

This was the worst disaster in RNLI history; 27 men lost, leaving 16 widows and 50 children without fathers. A public appeal was launched to support those widowed and orphaned by the tragedy. Donations were received from Queen Victoria and Kaiser Wilhelm.
The money raised also went towards memorials to commemorate the lifeboatmen lost at sea. Six memorials were erected, including on the promenade at St Annes, Duke Street Cemetery in Southport and St Cuthbert’s Church in Lytham, which still stands today.

On 23 May 1888 the Lifeboat Monument was unveiled in St Annes to commemorate the bravery of these crews.
An 1891 appeal, bolstered by the press in the north-east of England, raised £10,000 in just two weeks. In the same year a local businessman, Sir Charles Macara, and his wife, Marion, organised Lifeboat Saturday, the first recorded charity street collection. It featured a parade of bands, floats and lifeboats through the streets of Manchester and raised over £5,000. Marion Macara formed a Ladies’ Guild to help organise the street collection and within 10 years more than 40 Ladies’ Guilds had sprung up around Britain and Ireland, helping to double the RNLI’s income.

Next door to Lytham Windmill is The Old Lytham Lifeboat House; constructed largely of cobblestones these are a feature of many Lytham buildings. The Shipwrecked Mariners Society, later replaced by the RNLI, first stationed a lifeboat at Lytham in 1851 and the twelve lifeboats that have been stationed in Lytham over the years have saved hundreds of lives.

From Lytham St.Annes News, thank you RNLI for all that you do: volunteers past and present.

PrevPreviousCould this be the alternative to fireworks that Lytham locals have been begging for?!
NextBREAKING NEWS: Man found dead in North Shore Blackpool this morning with ‘unexplained’ circumstancesNext
Related Posts