Giant Hogweed is towering, invasive plant – growing to over 10 feet in height – which has a sap which can cause painful burns, scarring, and possibly even blindness. A native of the Caucasus mountains of south-west Asia, naturalists intentionally brought the species here in the late 19th century as an ornamental plant. The spread of this lofty, hostile plant increased greatly between 1930 and 1982 as its size and enormous flowers made it desirable for ornamental planting. The average giant hogweed produces a whopping 20,000 seeds that can fall 30 feet from the plant and travel even farther through wind or water – so it can spread very easily in an uncontrol led manner.

Alan Wright of the Lancashire Wildlife Trust advises Lytham St. Anne’s News readers to report sightings of the plant to either the Trust or Fylde Council. 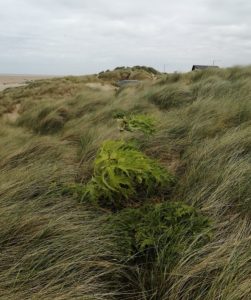 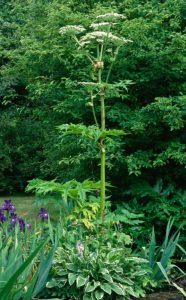 Harrowing and heart-felt statement from the mother of murder victim Sarah Everard.

Low water pressure in the St Anne’s and Fairhaven area.