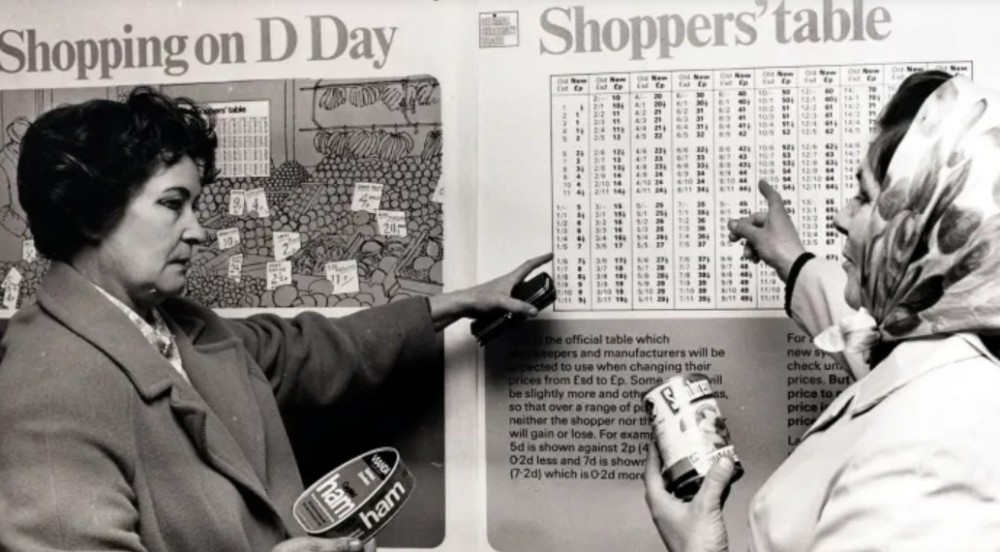 Fifty years ago, shoppers in Lytham St. Anne’s were spending pennies and shillings.  Generations of school children learnt to add, take, multiply and divide the complex systems of £ – s – d.

Older Lytham St. Anne’s residents may remember ‘Decimal Day’ – fifty years ago. They will recall it was the day they abandoned shillings and pence (not to mention half-crowns, threepenny bits and guineas) to come into line with nearly every other country by adopting a decimal currency. This switch required a massive national effort to ensure that banks, businesses, shops and post offices were all ready to transact with the new coins. It was estimated that 340,000 cash registers had to be converted to calculate purchases made in ‘new money’ and banks were closed for four days before the change, so they could prepare and ensure that cheques in ‘old money’ would clear.

The Royal Mint worked overtime to strike 3.4 billion brand new coins for ‘Decimal Day’,  However, the 5p and 10p had already entered circulation in 1968 and were the same size and value as shillings and florins to enable people to get used to the ‘new money’. The 50p coin was introduced in 1969, and new 1p, 2p, and tiny 1/2p coins came into circulation in 1971.

Older Lytham St. Anne’s residents may use this 50 year anniversary to reflect and consider, ‘Have things changed for the better over the past fifty years?’  And what will the answer be…………..