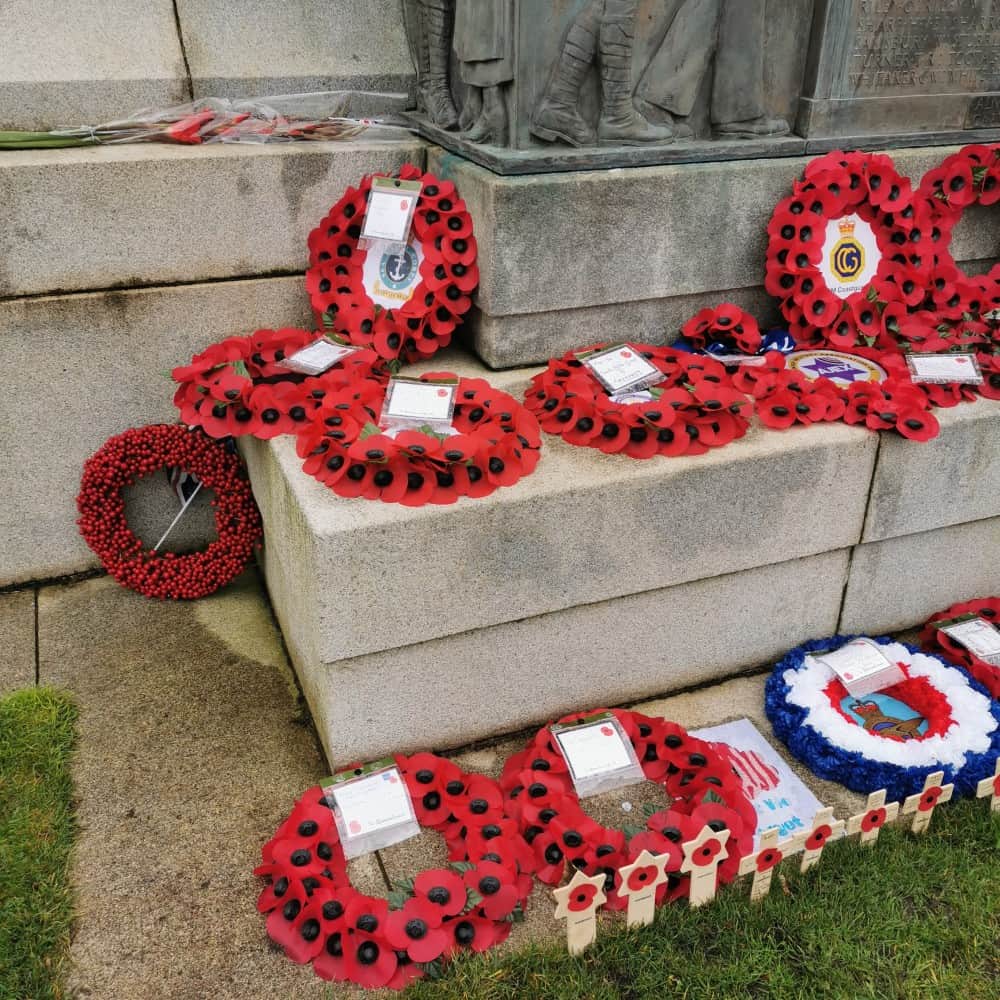 Armistice Day 2020: Remembering the end of the war 102 years ago today

Coronavirus restrictions have thwarted plans to commemorate the heroes of the First World War this November. Lytham’s cenotaph, usually packed with the public eager to lay a poppy wreath down and thank those who gave their lives for our future.

Despite restrictions, many locals have disregarded the rules and chosen to lay a wreath on Armistice Day, marking 102 years since the end of the First World War.

“Those who wish to pay their respects and lay a wreath are entitled to do so between Sunday 8th November and Wednesday 11th November.

I will be laying a wreath on Sunday 8th to give thanks to those who gave their lives in defence of our nation and our freedom.”

The war memorial in Ashton Gardens, St Annes, today has been covered in poppy wreaths, as locals pay their thanks to the soldiers who sacrificed their lives.

Why we wear poppies

In the spring of 1915, shortly after losing a friend in Ypres, Canadian doctor Lieutenant Colonel John McCrae was inspired by the sight of poppies growing in battle-scarred fields to write the now famous poem In Flanders Fields.

His poem moved American teacher Moina Michael who began making and selling silk poppies to friends to raise money for the ex-service community.

Before long, poppies made their way to the UK and became the symbol of the Royal British Legion when it was formed in 1921.

The first ever ‘Poppy Appeal’  in the UK that year raised over £106,000 for war veterans. The following year, a poppy factory was set up by Major George Howson MC, giving jobs to disabled former servicemen.

The bright red poppy is regarded as a resilient flower which managed to flourish despite fields being destroyed by war.

Some people say you should wear the poppy on your left side, so it is worn over the heart. The left is also where military medals are worn. Others say only the Queen and Royal Family are allowed to wear a poppy on the right, which is an urban myth.

A Royal British Legion spokesman said there is no right or wrong side, “other than to wear it with pride”.