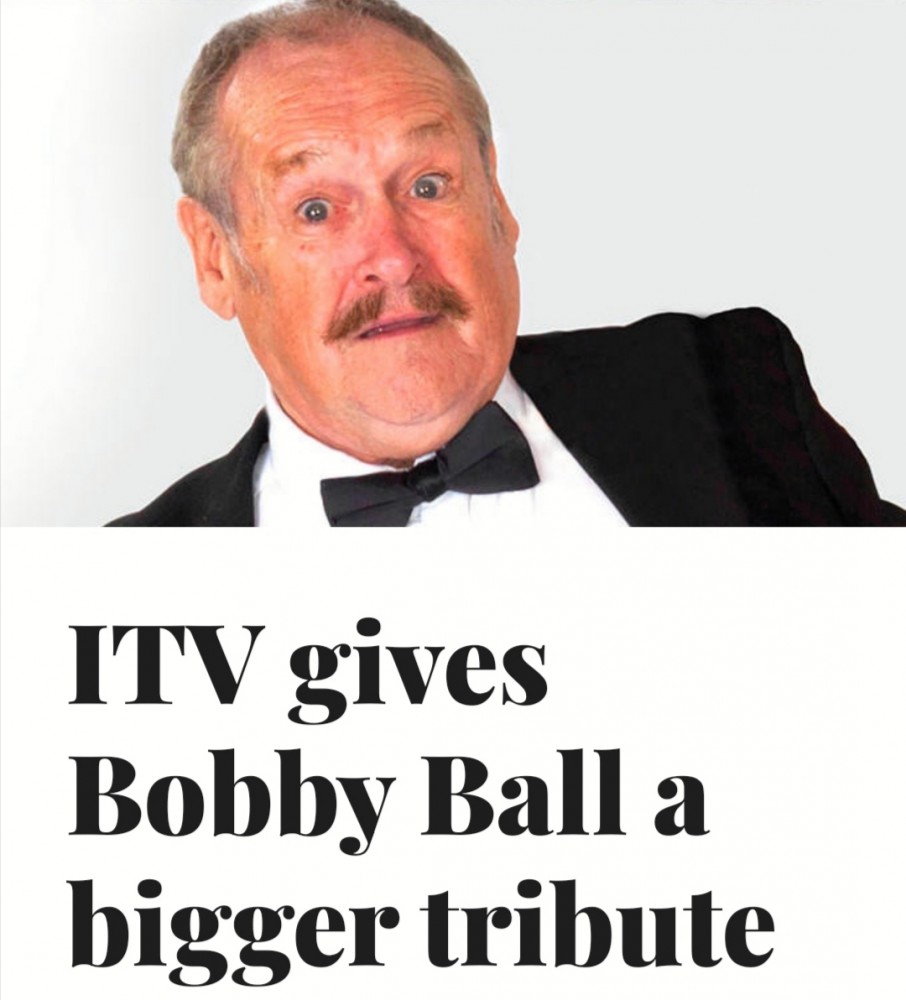 ITV are airing a special tribute to our Bobby Ball tonight ❤️

New hour-long retrospective of his life and work ❤️

ITV is giving Bobby Ball an even bigger send-off.

The broadcaster aired a half-hour tribute to the comedian last month, following his death in October at the age of 76 from Covid-related complications.

But now executives have ordered an hour-long version of the programme, Rock On, Tommy: The Bobby Ball Story, to air on December 30.

The extended hour-long documentary will again be narrated by his double-act partner of 57 years, Tommy Cannon. As well as their comedy partnership, the show covers his appearances in series like Benidorm, Mount Pleasant, Not Going Out and I’m A Celebrity….Get Me Out Of Here!

As previously announced, ITV will also be paying tribute to Billy Connolly, including an interview with the comic at his home in the Florida Keys.

Praise from famous fans including Sir Paul McCartney, Sir Elton John, Dustin Hoffman, Whoopi Goldberg, Russell Brand, Sir Lenny Henry, Aisling Bea, Armando Iannucci and Sheridan Smith will be cut with extracts from his stand-up set in the 75-minute show, It’s Been A Pleasure, which will air at 9.30pm on December 26.

Rip Bobby, you were much loved in Lytham and St.Anne’s ❤️