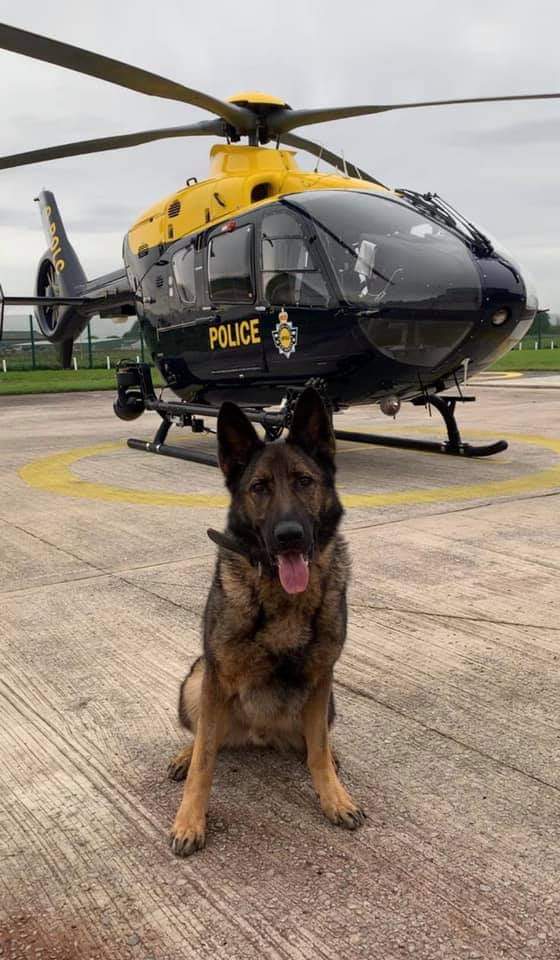 Time to chill out after many years of excellent service 👏👏

From Rookie to Retiree! 🐾

PD Kato has finally hung up his lead and can walk into retirement safe in the knowledge he has served the county of Lancashire well! 💙

In November 2015 at two years old he arrived at the Police Dog Unit from the Prison Service (where he hadn’t quite made the grade) and was paired up with his handler PC Sue.

They completed their training in December 2015 and their first operational job was to locate two suspects from a crashed car.

PD Kato tracked to a house where a female occupant denied all knowledge of anything.
His handler issued a challenge and one male suspect gave up and showed himself at the top of the stairs. 👀

PD Kato then searched the house and in one bedroom barked at the bed base where the second suspect was hiding (good doggo alert 🚨).

His handler knew then he was going to be a formidable police dog.

Over the past 6 years he’s tracked suspects responsible for an ATM theft in Cumbria, located a burglar trying to hide under masses of loft insulation, located a wanted male hiding in a wheelie bin, held up the M6 locating a wanted male that had ran from colleagues in Garstang on to the motorway and found a hidden shotgun stolen from a farm.

His handler said “It will be very strange going to work without him. He has been the best partner I could have wished for but it’s time for him to put his paws up and relax. There was never any doubt about keeping him when he retires. We have had each other’s back for 6 years and I owe him so much. Thank you to Cath, Alan and Damian all of which contributed to his training as a puppy. You trained a cracker”.