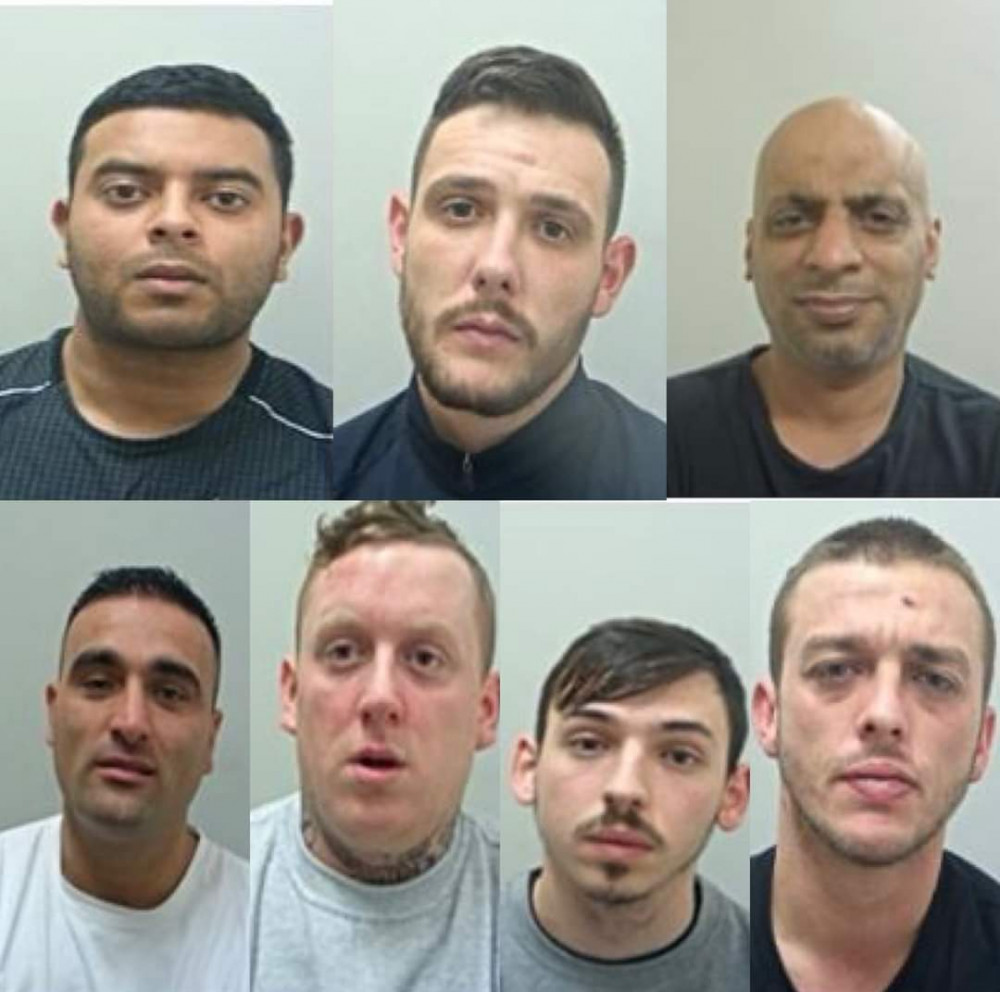 They supplied cannabis to children, and then made them ‘deal’ to recover their drug debts.

A gang has been sentenced to a total of more than 60 years after a major police operation brought down an Organised Crime Group supplying drugs on a commercial scale into the North West.

We launched Operation Florence last year, following concerns raised by residents in Darwen about drug use by children in the area and that youngsters were being exploited into supply illegal substances after getting into debt.

The gang’s head Usman Akhter controlled a sophisticated network bringing hundreds of kilos of cocaine and cannabis into the region. The OCG’s tactics to try to avoid detection included using the façade of car sales business – Burnley-based Elite and Prestige run by Akhter’s girlfriend Jessica Humphreys – to provide vehicles for criminal activity, including moving drugs around, and to explain large deposits of cash.

Trusted and high-level members of the gang also used encrypted mobile phones known as EncroChat phones which they wrongly believed would mask their conversations from the police.
The phones, which cost around £1500 for 6 months service; the user has a unique “handle” which can only communicate with other handles by mutual consent.

In addition to encrypted communications, the handsets are programmed with a host of functions designed to minimise the risk of the devices ever being accessed or downloaded, if seized. Text messages are automatically deleted from the handsets, and devices can be remotely wiped.

As part of the investigation warrants were executed at 25 addresses – including properties in Darwen, Blackburn and Northwich in Cheshire – in May and June and a large quantity of suspected cocaine and cannabis was recovered. We also seized a number of vehicles and weapons.

While many of the properties used by the gang in the UK were modest, a villa in Marbella, Spain ‘Los Flamingos’ where Akhter based himself showed the more lavish trappings of the conspiracy.

Besides Akhter other main players included Shaheed Virmani from Manchester who supplied to and received from Akhter large amounts of cannabis and cocaine and Marbella-based Liam Martyn who was involved in the supply of drugs from Spain to the UK. Martyn was shot in Marbella in May 2020 and arrested in Plymouth while on the run.

Anyone with concerns about drug-dealing or any other criminal activity in their area can call police on 101 or 999 in an emergency. Alternatively, Crimestoppers can be contacted, in confidence, on 0800 555 111.

PrevPreviousMetropole Hotel To Close To The Public For Three Months From Friday
NextTestimonial from a disheartened truck driver.Next
Related Posts