At just after 7.30 p.m. on Wednesday 21st July, a man seated within the train’s carriage was seen to hit a child three to four times on the head.

When challenged by the train conductor, he said ‘I can do what I want, he’s my son.’

Officers believe the man in the image, which was released on Friday 30th July,  may have information which could help their investigation. 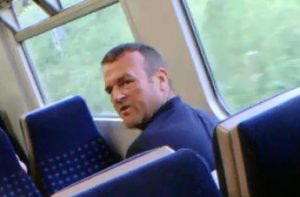