An angry mob of seething Mereside residents descended to their beloved Windmill today to protest over a report that the four Sails of their Windmill would be removed and sent to Lytham.  This is a consequence of an exclusive  news story published by the Fylde’s favourite and highly respected News Channel “Lytham St Annes News”.

Lytham St Annes News published earlier in the week that Freckleton’s Roy Ambrose. who owns property on the Mereside Estate, said. that it would be a good idea to do a swap – “Food Parcels for Windmill Sails”.   This greatly angered the community of Mereside and they decided to come together to express their objection to this “insulting proposal”.

Including those immensely upset was the Bishop of Burnley, The Rt Rev Phillip North, who is a dedicated supporter of the Mereside Community.  He tweeted “I would strap myself to the sails to stop it”.

Another Mereside resident Tom Peterson was so annoyed with Roy Ambrose’s suggestion that he wrote a letter to him for us to publish in Lytham St Annes News.  It read:

Thank you so much for highlighting the apparent disparity between the ‘wealthy’ Lytham residents and the ‘poorer’ residents of Mereside. This disparity being that we respect other communities rather than publicly and shamelessly looking down our noses at those less fortunate than us. Your degrading tone and choice of vocabulary is beyond disgraceful and it would be good to know what gives you the right to suggest we just donate our sails to you. Surely the affluent Lytham have a few spare pounds in their back pockets to enable you to club together and buy your own? That’s what community spirit is.”

Lytham St Annes News spoke to the lovely Susan Fryer. who said “Talking to the residents, they are upset because of the article.  As far as us not taking care of the windmill, £5000 was paid to repair one of the sails a few years ago, and they have paid to have it painted on numerous occasions.  They have a very deep-seated love of this windmill; it is one of the first things you see upon approaching the estate.  I was surprised at the turnout myself, but more than trying to take our sails it was the personal insult to all of us with preconceived notions of who we are as a community.  We deserve an apology and we deserve better”

Lytham St Annes News contacted Roy Ambrose to get his response to the upset caused  and he said “I’m sorry for any upset caused”. 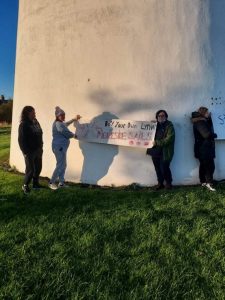 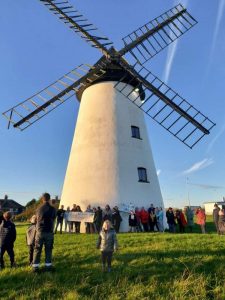 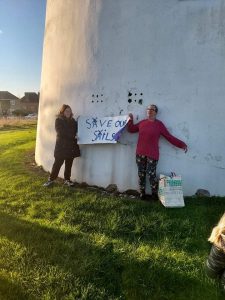 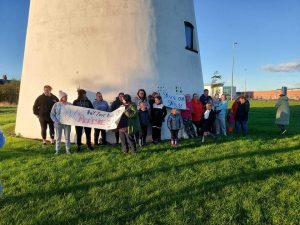 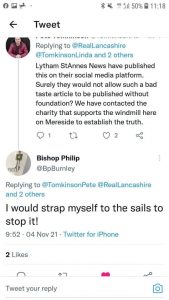 Iconic Peter Kay Commercial To Be Recreated At Blackpool Hotel

SPARK! TO RETURN TO BLACKPOOL IN OCTOBER!!

Corrie’s Summer Celebrates Her Birthday In Blackpool – Before Her Major Part In Storyline!