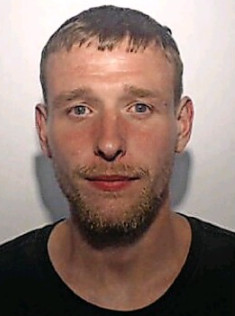 A 33 year old man from York Road in Lytham St.Anne’s has been jailed for two years for assaulting his girl-friend, causing actual bodily harm, on two occasions over a five day period.  A restraining order was also put in place.

The Court heard that on May 6th, at a house in Bolton, Stephen Wilson jumped on the victim and started to strangle her. He then punched her, knocking the woman unconscious. On coming around the victim found she had blood in her hair and was covered in vodka.  Wilson then continued to punch her, only stopping when a friend knocked on the door to ask if he wanted to go to the shops. The victim took this opportunity to escape, wearing only her bra and shorts, and was picked up by a passing police car.

However, Wilson returned on May 10th. He threw a ladder at the woman whilst she was outside the house having a cigarette. He then spat in her face, before punching her three or four times. The victim believed she was once again knocked unconscious because she remembered waking-up and to find that her attacker, Wilson, had gone.

When Wilson, was arrested, he initially denied he had assaulted her, telling Police, ‘I didn’t punch no one’.

However, Wilson, pleaded guilty at Bolton Crown Court to two counts of assault, occasioning actual bodily harm. The Court heard that Wilson had 21 previous convictions for 52 offences, and a number of these were for violence. He had punched and attempted to strangle a previous partner. His defence told the Court that Wilson had been diagnosed with emotionally unstable personality disorder and was now taking anti-psychotic medication for paranoia.  Wilson had struggled with mental health since his father died when he was 12. His defence therefore asked for any sentence to be suspended.

But Judge Martin Walsh jailed Wilson for two years. A restraining order was also imposed forbidding Wilson from contacting the victim or going within 200 metres of any home he believed she may be staying at.