A former Blackpool Tram (Number 687) has been carefully positioned in the grounds of Rossall School ready for the start of the new academic year.  Now proudly standing at its final destination, Tram 687 originally entered service in Blackpool sixty years ago – in April 1961.

The proud new owner of the tram, Rossall School, is currently planning for the tram to be a focal point for classes, meetings, performances and also community use. The tram will be restored to its original cream and green livery, displaying Rossall as its destination. 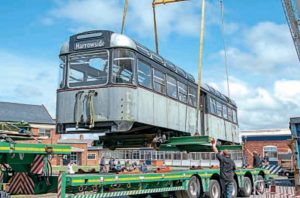 The pictures below are from Urban Explorer Kyle Urbex who photographed the Blackpool tram “graveyard” at Fleetwood Haven Marina. 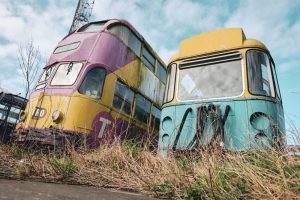 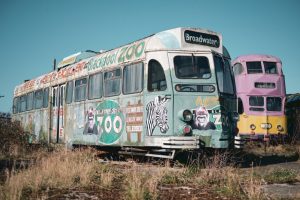 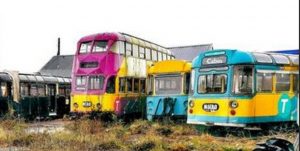 ANOTHER PORPOISE WASHED UP ON ST ANNE’S BEACH!!

Do you know who this is?