Today there have been reports of daylight robberies involving knives and balaclavas, in what seem to becoming “the mean streets of St Annes”. 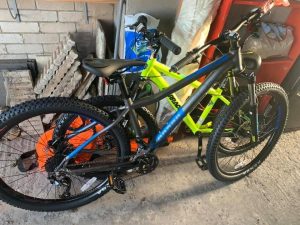 Jody Wade Stevenson has reported that her son’s bike was stolen. She reported on her social media “Please help……Stuart has had his bike stolen at knife point in St Anne’s near Heyhouses Lane close to the park. Please keep an eye out, share this so we can try and find the little sh*t who has done this to my boy. He’s safe and fine, police have been involved.”

Local resident  Julia Barnes commented “My son and his friend were approached by a guy wearing a balaclava with a knife demanding  their bikes, the boys were wise enough just to hand their bikes over – this is disgraceful in broad daylight on Hope Street Park St Annes.  The police are involved and are looking for the guy and the missing bike”