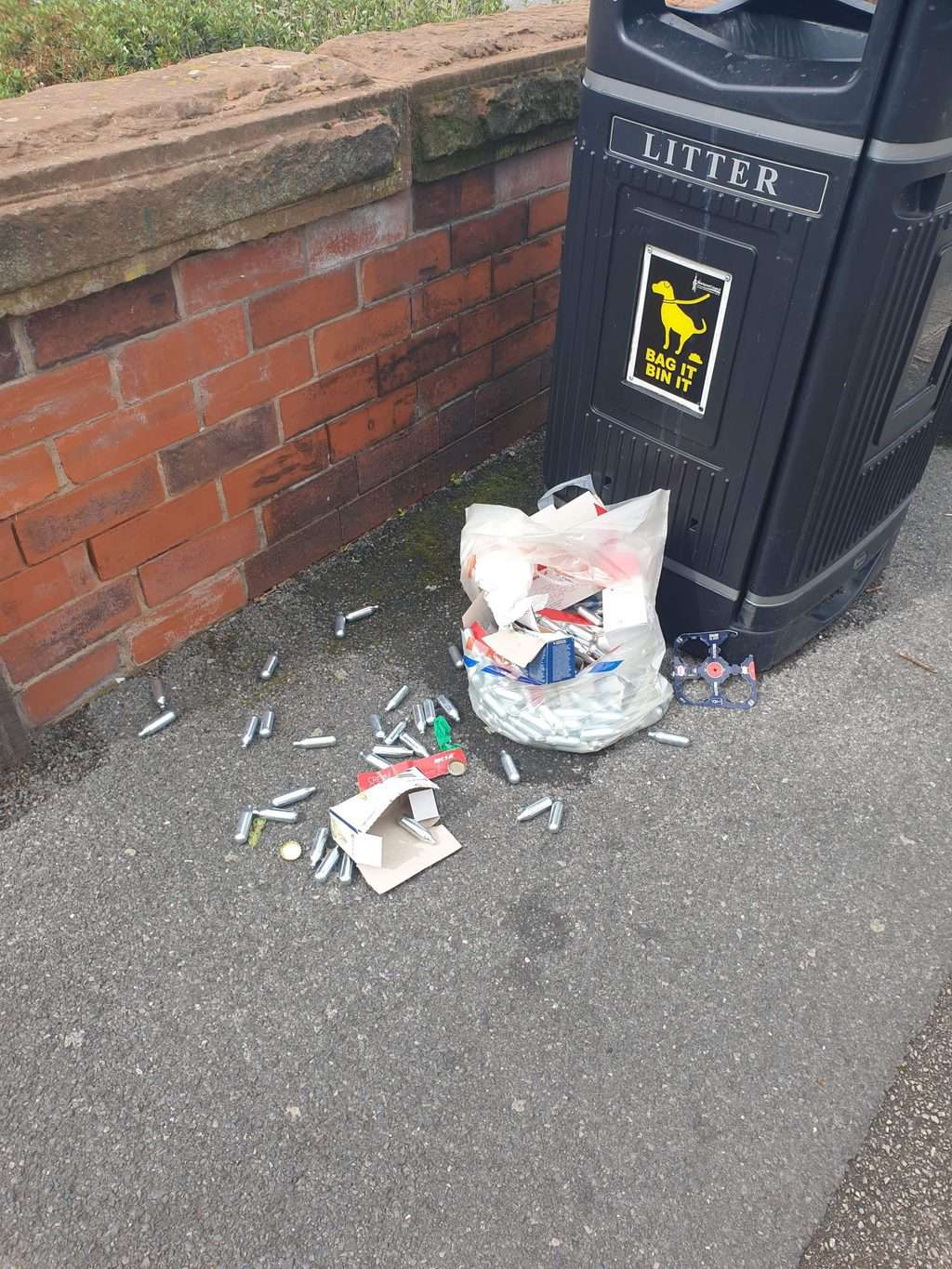 The continued bin drama has ruffled feathers of locals in Lytham St Anne’s and Blackpool as young people continue to use and litter nitrous oxide canisters.

The small silver canisters are used to created whipped cream, however can be purchased online and from ‘dealers’ and consumed as a ‘legal’ high. The drug starves the brain of oxygen and creates a short high that lasts a few seconds. The gas is consumed through balloons, by inhaling and exhaling repeatedly.

Many people have been seen in Lytham St Anne’s and Blackpool, as the drug appears to be very popular with young people. However, there have been reports of the drug going wrong, starving the brain completely of oxygen and in-turn causing paralysis.

A local from South Shore in Blackpool sent in an image that has completely shocked us. A box full of empty canisters disposed of next to a bin, on Lytham Road. 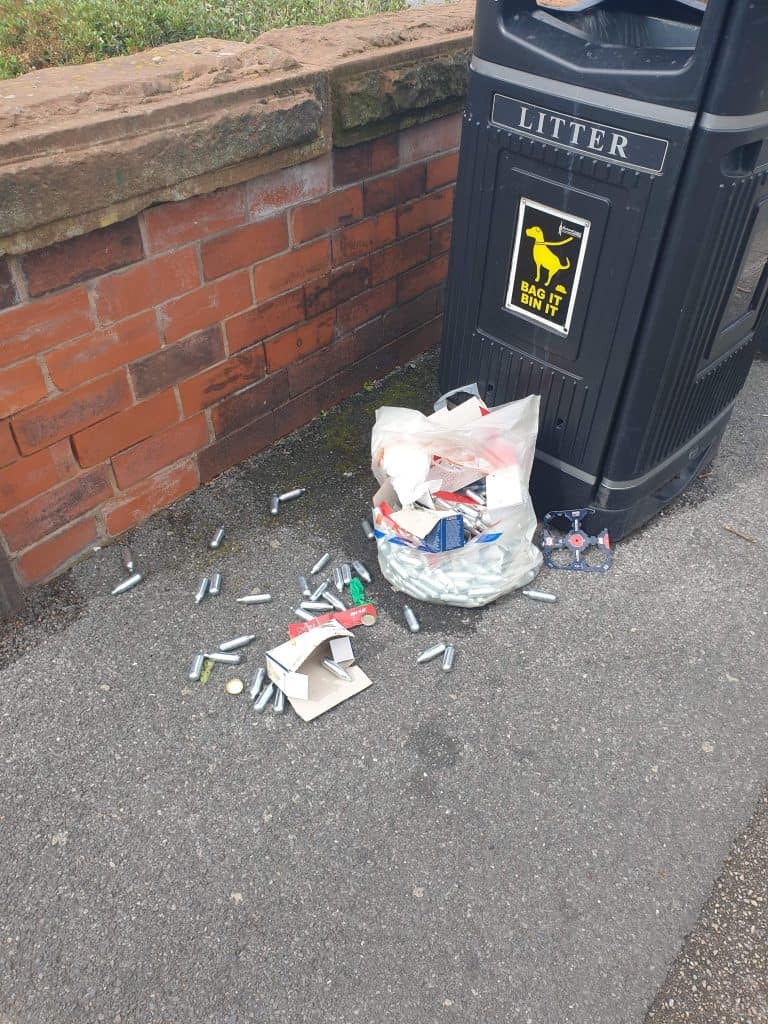 Locals are tired of litter picking and constantly finding the evidence of drug use across the coast, especially during hot weather. It seems that the people consuming these drugs are not ashamed and because it is legal to buy the substance, they think it’s is acceptable to do it in public and then apparently not dispose of the evidence.

When will nitrous oxide become illegal? What can be done to put a stop to this?