Blackpool’s Disney Store is to close its doors for the final time this Sunday 8th August as the chain ends its high street presence across the UK – with the exception of its flagship Disney Store on London’s Oxford Street.

Disney first opened its Blackpool outlet twenty five years ago in Victoria Street, before moving to its present site in the Houndshill Shopping Centre in 2011. Blackpool’s Disney Store is one of thirty Disney Stores closing down as the company concentrates on on-line sales.

A sign inside the Blackpool store reads: ‘Thank you for being our guest. This store will close on or before Sunday, August 8. You’ll still be able to find amazing items from Disney, Pixar, Marvel, Star Wars, National Geographic plus lots more magic at ShopDisney.co.uk.’ 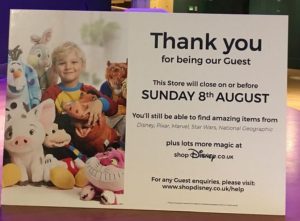 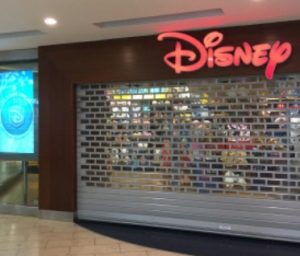 Lightning and outbursts of rain set to batter the Fylde coast tonight.⚡⚠️

Random act of kindness in a topsy turvy world ❤️🌹