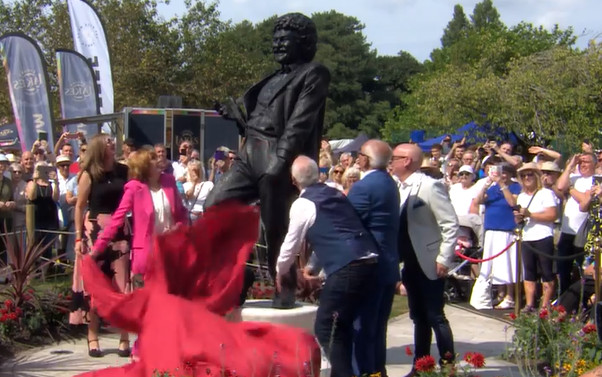 Bobby Ball now has pride of place in Lytham’s Lowther Gardens following Sunday’s grand unveiling of his statue (28th August, 2022). Organisers of the event, The Bobby Ball Foundation have said that they couldn’t be more delighted and have thanked everyone for their amazing support!

During the unveiling, Bobby’s long time comedy partner Tommy Cannon said, ‘I love him today, I love him tomorrow I’ll always love him. Fifty-eight years we were together, it’s been one hell of a ride.’

Comedian Lee Mack, who worked alongside Bobby on the hit BBC TV show ‘Not Going Out’ helped unveil the statue, and said, ‘It’s got him so right, but there is always a worry when it’s a statue it might be wrong. We all remember the Cristiano Ronaldo sculpture. Having said that though, if it had been a disaster and fallen over, Bobby would have loved that”.

Bobby’s widow Yvonne said, ‘Ben, the sculptor has absolutely nailed it, but it’s the first time in my life Bobby has ever been taller than me. He was five foot four and a half, that half was very important! This statue is one and a half times life size, so is seven foot. It’s the first time I’ve ever looked up to him.’

Lee Mack later paid further tribute to Bobby saying, ‘He was a little guy but he had a big personality, a large amount of mischief and a huge, huge heart. Bobby really was a one-off. I love him truly and I will miss him terribly.’ Les Dennis likewise was on hand to lend his full support.

Later in the day, Steve Royle posted this message and photograph, ‘Pleasure to chat with old comedy mate Lee Mack today at The Bobby Ball statue unveiling. Great day indeed as we ended up watching Alfie Bow at Lytham Hall.’ 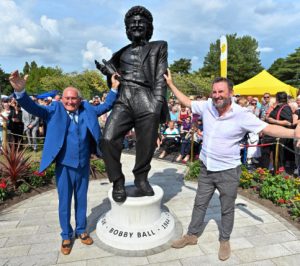 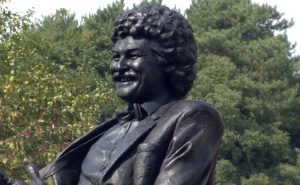 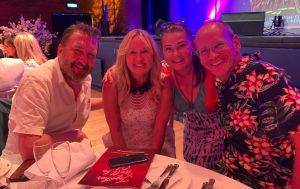