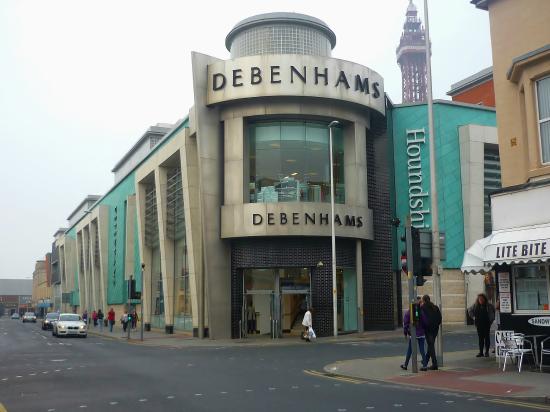 Boo hoo for Debenhams staff as all shops to CLOSE DOWN!

Fashion retailer Boohoo has bought the Debenhams brand and website for £55m.

However, it will not take on any of the firm’s remaining 118 High Street stores or its workforce.

Boohoo said it was a “transformational deal” and a “huge step”. But the deal means that up to 12,000 jobs at the department store chain are set to go.

The 242-year-old Debenhams chain is already in the process of closing down, after administrators failed to secure a rescue deal for the business.

In a separate development, Asos says it is in “exclusive” talks to buy the Topshop, Topman, Miss Selfridge and HIIT brands out of administration.

Its executive chairman, Mahmud Kamani, said: “This is a transformational deal for the group, which allows us to capture the fantastic opportunity as ecommerce continues to grow. Our ambition is to create the UK’s largest marketplace.

“Our acquisition of the Debenhams brand is strategically significant as it represents a huge step which accelerates our ambition to be a leader, not just in fashion ecommerce, but in new categories including beauty, sport and homeware.”

But the online retailer said it only wanted the brands, not their shops, suggesting any deal would cost jobs.

‘Best outcome’
A closing-down sale at 124 Debenhams stores began in December, as the administrators continued to seek offers for all or parts of the business.

The company announced recently that six shops would not reopen after lockdown, including its flagship department store on London’s Oxford Street.

The administrators of Debenhams UK, FRP Advisory, said they had undertaken a “thorough and robust process” to achieve “the best outcome for Debenhams’ stakeholders”.

“This transaction will allow a new Debenhams-branded business to emerge under strong new ownership, including an online operation and the opportunity to secure an international franchise network that will operate under licence using the Debenhams name,” they added.  (credit BBC.co.uk)