The education secretary Gavin Williamson told the education committee in the House of Commons that there will be a £15 voucher scheme that will replace the food parcels, which are clearly not working.

This comes after parents across the country were outraged with the contents of their food parcels expected to feed a child for 10 days.

The government was heavily criticised yesterday as the Tory-led companies favoured and funded by the government were handing out ‘woefully inadequate’ free school meal hampers.

The government originally voted against continuing the £30 food vouchers for children, however with this news they have made a U-turn and agreed to release £15 vouchers for 5 days worth of food.

Mr Williamson told the education select committee this morning: “As a dad myself, I thought, ‘How could a family in receipt of that really be expected to deliver five nutritious meals as is required?’ It’s just not acceptable.” 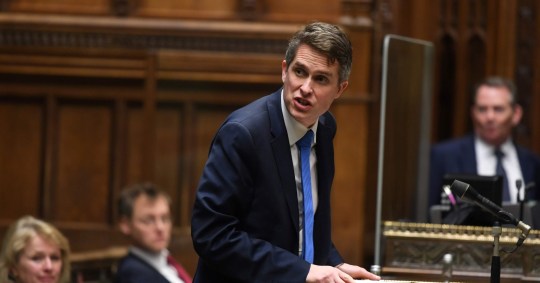 He said it had been made clear to Chartwells, the company that provided the pictured parcel, as well as the entire education food sector that such behaviour ‘will not be tolerated’. “We will not live with that,” he added. “There are clear standards that are set there that they need to deliver against and if they do not deliver against them, action will have to be taken.”

He said the Government would ‘name and shame’ companies not delivering high standards.

It comes as footballer Marcus Rashford, who successfully lobbied the Government to continue providing free school meals during the holidays, tweeted this morning that he’d had a ‘good conversation with the Prime Minister’ about the situation.

Who is this little chap?

More Thunder And Heavy Rain On The Way For Lytham St Anne’s Tonight!