By Private EyeAugust 25, 2020News
No Comments

Vera Lynn, a former Ansdell resident during World War II, has been propelled to the top of the charts today following a backlash against the BBC’s decision to omit the words of ‘Land Of Hope And Glory’ during the traditional conclusion of ‘Last Night Of The Proms’, according to reports in the on-line Daily Telegraph.

This comes after actor Laurence Fox urged his 230,000 Twitter followers to help get ‘Land of Hope and Glory’ to number one in the UK charts – prompting Vera Lynn’s famous rendition to rocket up the charts. (Laurence gained many so many Twiiter followers after his much reported ‘Question Time’ clash an audience member centred on the way Meghan Markle had been treated in the press.)

Tweeting the famous version by national treasure Vera Lynn, the actor wrote: ‘Wouldn’t it be great if we could all come together to get Dame Vera Lynn’s version of “Land of Hope and Glory” number one in the charts? Would the @BBC then have to play it? What a beautiful day that would be. Please share widely. RT #DefundTheBBC.’

The post was shared thousands of times and quickly propelled the 1994 remastered record up to number one.

Prime Miinster Boris Johnson condemned the BBC saying he ‘could not believe’ the BBC’s decision to censor the much-loved anthems. During a visit to a Devon shipyard he said, ‘I think it’s time we stopped our cringing embarrassment about our history, about our traditions, and about our culture, and we stopped this general fight of self-recrimination and wetness. I wanted to get that off my chest.’

Labour leader Sir Keir Starmer also weighed into the row, with a Labour spokesman saying the Proms was a ‘staple of the British summer’ and enjoying patriotic songs ‘was not a barrier to examining our past and learning lessons from it’.

However, BBC director-general Lord Hall said he backed the decision over not including the words, telling BBC media editor Amol Rajan, ‘They’ve come to the right conclusion.’ Asked whether there had been a discussion about dropping songs because of their association with Britain’s imperial history, Lord Hall said: ‘The whole thing has been discussed by David (Pickard, the director) and his colleagues – of course it has.’

Others mocked the corporation for its suggestion that singing the songs would be too risky due to the Covid pandemic, noting that the National Anthem will still be sung by a lone voice on the evening of September 12. 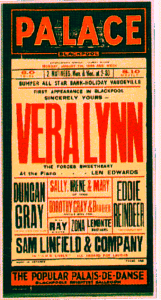