Along with the threat that the entire North of England will be put back into lockdown, as spikes in coronavirus cases start to show up in East Lancashire, City councils across West Lancashire announce they are working to avoid another compulsory quarantine.

A press conference was called by the Lancashire resilience Forum in response to the new lockdown measures. Local councils such as Lancashire County Council and Preston City Council have announced they are all on notice now, with Preston supposedly “on the radar” for the next spike.

Coronavirus latest figures in Lancashire show that Preston have one had 2 new virus cases this week, however the local government are expecting sudden rise soon. 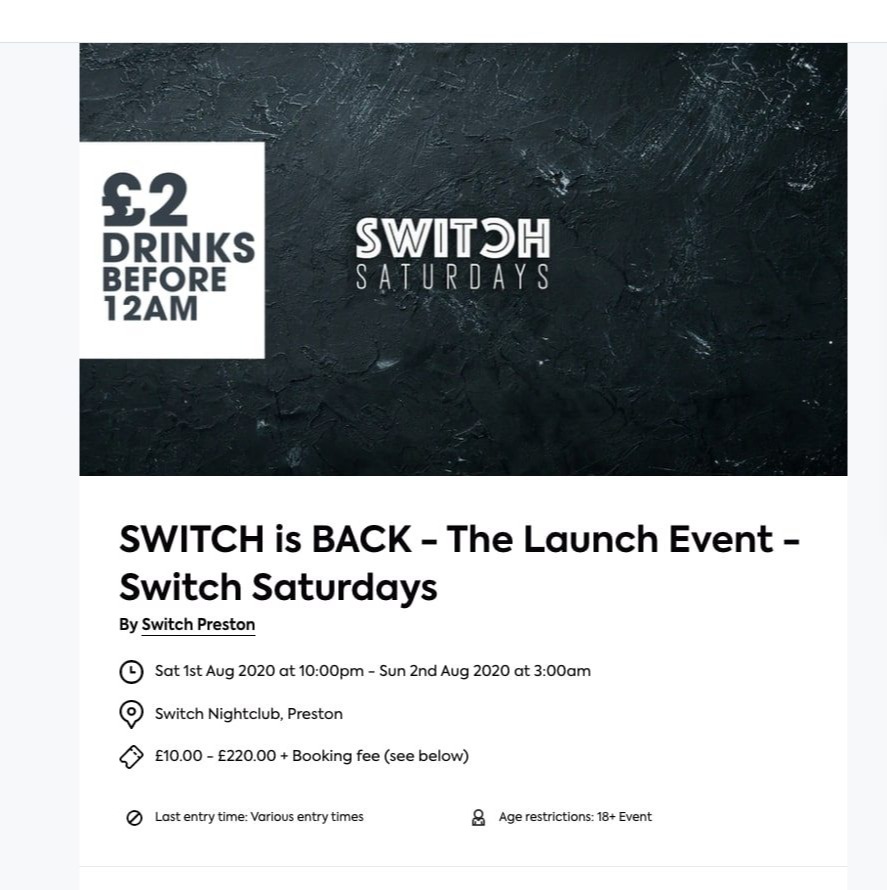 This comes after the news that a Preston nightclub opened its doors to the public this weekend, despite the government ban on all nightclubs, nationwide. The nightclub charged up to £220 for tickets to enter the illegal event at Switch.

The public were seen queuing in close proximity to each other, disobeying social distancing rules as they waited to enter the nightclub.

It has been reported that local authorities allowed the nightclub to open despite announcing that they are working hard to ensure there is not another spike in COVID cases.

“Following fresh external Counsel advice, Preston City Council has just informed Switch that despite yesterday’s clear Government guidance to the contrary, they are legally able to reopen,” the council said in an official statement about 7pm on Saturday night.

Locals are outraged with the notion that the nightclub has allowed the public to enter and congregate inside, despite the fact that Matt Hancock announced that the public must not visit each others’ houses from Friday 31st July.

The news of the ban, disallowing northern England to mix households came just 3 hours before the Muslim Festival of Eid-Al-Adha. Matt Hancock has been been criticised for his actions, many stating that it is similar to announcing lockdown on Christmas Eve.

Hancock has defended his decision, stating that evidence show that the biggest coronavirus risk is through household transmission rather than in places of work, retail or dining out – due to the efforts made by these venues to sanitise correctly.

With all the new coronavirus news across Lancashire, with new spikes and a council only a short drive away allowing nightclubs to illegally open, should we be on high alert in Lytham St Annes? Will tourists from towns across the county bring the virus here?

Locals please report a public BBQ and a warning to visitors to Lytham St Annes!

Charlotte Dawson’s boyfriend pops the question next to her late dad’s statue!