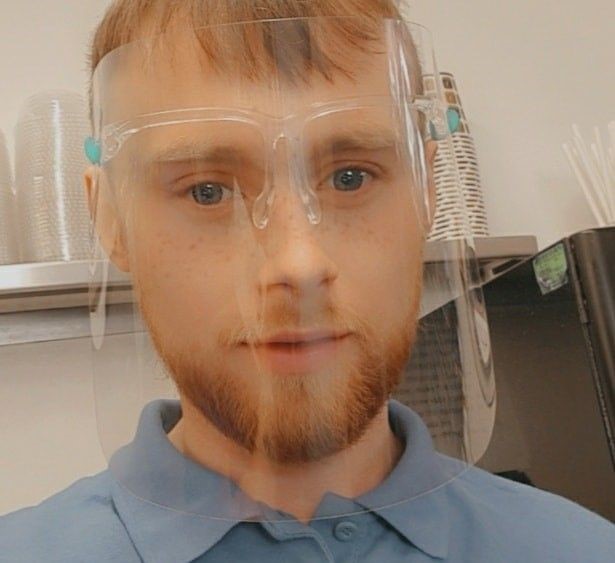 Senior Coroner Alan Wilson had today recorded that the death of twenty-two-year-old Alex Gibson, who tragically drowned in the sea close to Blackpool’s North Pier, on July 30th 2021, was a result of misadventure.  The Coroner said, ‘Disregarding his own welfare, as someone who could not swim, this young man bravely went in the water and tried to save a vulnerable young girl. Anyone who has seen the tide at Blackpool when it’s fully in knows it is dangerous. It’s most likely he got into difficulty pretty quickly and he was witnessed by someone trying to stay above the waterline. He could not survive.’

The Coroner had heard how former Unity Academy student, Alex Gibson, had gained employment at C Fresh Chippy on Foxhall Road. Prior to the tragedy (30th July 2021), he had been enjoying a night out with his friends, Curtis Busby and Dylan and David Dickson. But it was in the early hours of Friday morning, a young woman who Alex had befriended whilst working at C Fresh’ called him from the North Pier and despondently told him she didn’t want to live anymore. Alex hurried to the seafront, and despite not being able to swim, he went into the sea to try to help her. The Court heard that the young woman managed to get out of the sea and went for assistance, but Alex was found by rescue services face down in the water less than an hour later.

At today’s inquest (24th January 2022), the woman told the Court, ‘We were near the steps [to the right of the pier. We were both in the water together. I was trying to help Alex because he couldn’t swim. We were hanging on to each other trying to keep each other afloat. I realised that the only way we were both getting out was if someone got help so I told him that I was going to get out and get help. It took me a while to swim back because the current was really strong.’

A major rescue operation began,  involving coastguard teams from Fleetwood and Lytham, together with RNLI volunteers from Blackpool and Fleetwood. A rescue helicopter was also launched. Sean Wright, Blackpool’s RNLI lifeboat helmsman said the crew were tasked and during their search they spotted Alex’s female friend’s white Primark handbag floating in the sea. Fifteen minutes later, at 5.06 a.m., they found Alex’s body face down in the water 200 metres from the shore.

Alex was taken by ambulance to Blackpool Victoria Hospital, where he was pronounced dead at around 6 a.m.

Following Alex’s death his boss at C Fresh posted online: ‘Alex was truly an amazing young man. All his friends would agree that he was intelligent, hardworking, pleasant, caring and literally wouldn’t hurt a fly. He is a true hero; drowned sacrificing his life to help another. He was loved by all his work colleagues and we miss him terribly. Tragically taken at 22. My heart goes out to all his family.’

PrevPreviousUPDATE: Found – Have you seen Chloe?
NextSue Gray Report Delayed ‘For Many Weeks’ As Met Police Investigates No10 PartiesNext