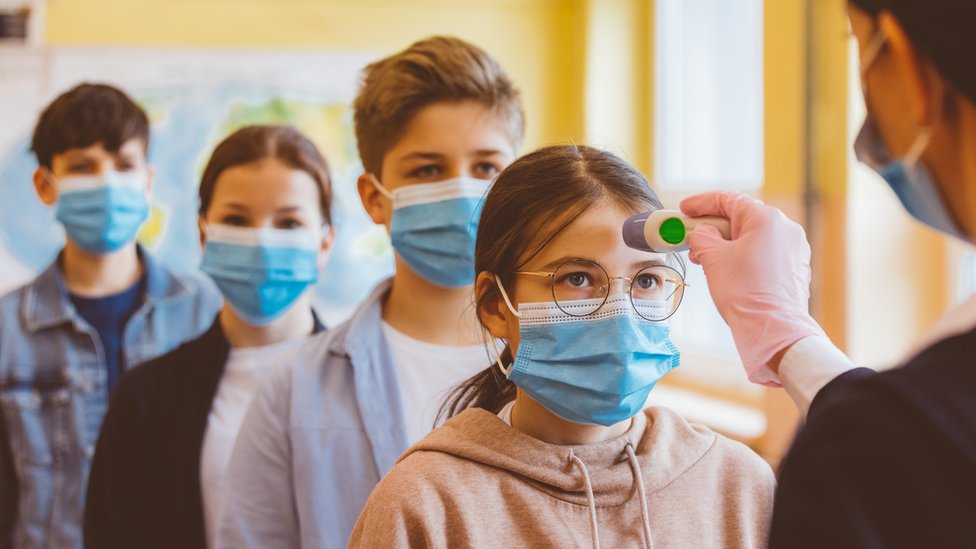 Leading experts have suggested that data indicates that the new strain of the coronavirus is better spread amongst children than the other strains we have gotten to know over 2020.

The mutated coronavirus strain could easily infect children and could put a block in children returning to school in the new year.

Professor Neil Ferguson, a scientist on the Government’s New and Emerging Respiratory Virus Threats advisory group (NervTag), said that during the second lockdown in England there was an age shift in the distribution of the virus.

Speaking at a Science Media Centre press briefing, Prof Ferguson, of Imperial College London, said: “There is a hint that it has a higher propensity to infect children that may perhaps explain some of the differences, but we haven’t established any sort of causality on that but we can see that in the data.”

He added: “What we’ve seen is, during the lockdown in England we saw a general distribution of the virus towards children, and that was true in the variant and the non-variant, and it is what we would expect, given that we had locked down which reduced adult contact but schools were still open.

“But what we’ve seen over the course of a five or six-week period is consistently the proportion of pillar two cases for the variant in under-15s was statistically significantly higher than the non-variant virus.

“We are still investigating the significance of that.”

Prof Ferguson continued: “This is a hypothesis at the moment – it’s not been proven.

“But if it were true, then this might explain a significant proportion, maybe even the majority, of the transmission increase seen.

“But a lot more work needs to be done to actually explore this in more detail.”

But NervTag member Professor Wendy Barclay, head of the department of infectious disease, Imperial College London, clarified what is meant by the statement.

She said: “We are not saying that this is a virus which specifically attacks children.

“We know that SARS-CoV-2, as it emerged as a virus, was not as efficient in infecting children as it was adults, and there are many hypotheses about that.

“And again, if the (new) virus is having an easier time of finding an entrance cell then that would put children on a more level playing field.”

She added: “Therefore children are equally susceptible perhaps to this virus as adults, and therefore given their mixing patterns, you would expect to see more children being infected.

“It’s not just the viruses specifically targeting them, but it’s just that it’s now less inhibited, if you like, to get into the children.”

PrevPreviousWhat NOT to feed your dog this Christmas! Dog owners must be aware of the dangers 🐶
NextBin collection dates in Fylde this ChristmasNext
Related Posts