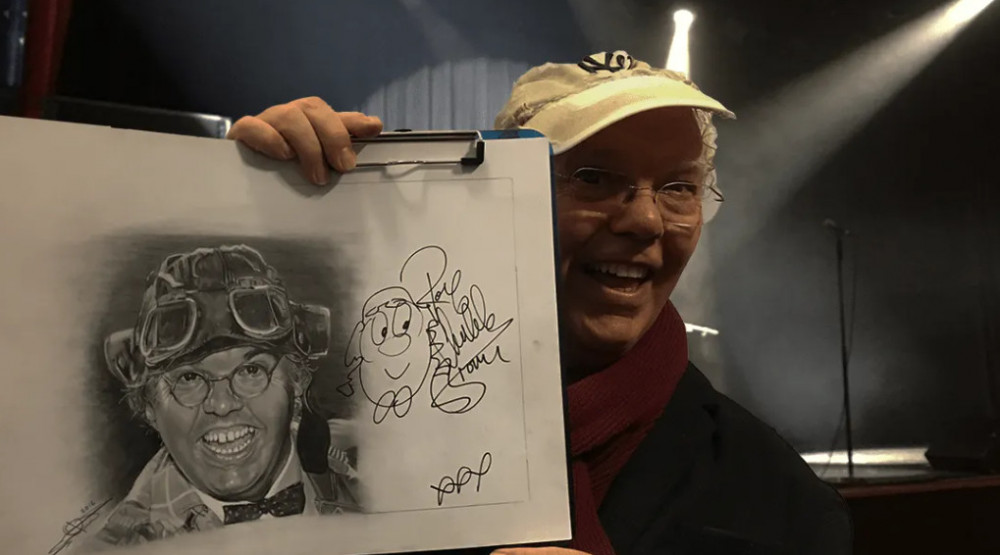 ‘Fylde’s Favourite Comedian’ Returns To The Stage This Weekend

‘Fylde’s Favourite Comedian’ Roy ‘Chubby Brown’ returns once again to Blackpool tomorrow night (Saturday 29th October) with yet another show at the North Pier.  A regular visitor to the Fylde during his 50 plus years in show business, Roy Chubby Brown has proven himself time and time again to be a sea-front theatre filler. The strap-line for the show reads, ‘The man with the most famous helmet in showbusiness is at it again, dealing out his comedy in front of a sell-out crowd in Blackpool.’

A controversial figure, Chubby claims that his 30 totally different DVDs in 30 years, 2,000 plus live shows worldwide, 4 books, countless original songs and millions of devoted fans  all provide true testimony that he is ‘Britain’s King of Comedy’. He says that audiences are clearly warned that his shows are 18+ ADULTS ONLY and carry the warning ‘If easily offended… stay away.’

However, whilst being welcomed in Blackpool for decades, not all towns have the same opinion. For example,  Roy Chubby Brown was at the centre of a culture war row after being banned from performing in Morecambe, the local Council ruling that the comic was ‘incompatible’ with their values. Chubby Brown’s official social media account protested that ‘Cancellation/Snowflake/Woke culture wins again I’m afraid’. Chubby complained that the council chiefs pulled his gig in the wake of an online petition that drew fewer than 60 signatories. The petition against Brown appearing in Morecambe said allowing him to perform ‘when many residents are from communities his humour denigrates is wholly unacceptable and morally bankrupt. We are calling the council to ban the performance immediately, and ban any future performance We say no to racism, homophobia, and misogyny. ‘

A counter-petition demanding the controversial comic be allowed to play The Platform in the town then attracted almost 3,000 names.  Daniel Armitage, who started the backlash petition, explained, ‘I getting sick of tired of people who dislike Roy Chubby Brown.  He a jokeist. He does a lot for charity – and if people don’t like him then move on don’t ruin it for other people.  Roy is a caring person.’

However, the ban was upheld.  Lancaster City Council said the offensive comic would no longer perform the planned show at Morecambe’s Platform after the concerns raised by the community.

Lancaster City Council Chief Executive Mark Davies said: ‘We understand that this decision will disappoint some people, but we are proud to be a fair, diverse and inclusive organisation and do not believe that Mr Brown’s shows are compatible with these values.’

Chubby has also been recently cancelled by several venues, including a planned performance at Sheffield City Hall. Here more than 28,000 protesters signed an online petition in an attempt to reverse the decision.

In Middlesborough, Brown’s hometown, the ban was overturned.  Lorna Fulton, the head of the Town Hall venue resigned in protest after the Mayor Andy Preston reversed her decision to ban him from performing.  Mr Preston said the Middlesborough comic could ‘come home’.  The Mayor wrote, “Many big comedy names are controversial – in fact, that’s really part of what comedy is, Many comedians say things that some people may find offensive. Personally, Chubby Brown’s act isn’t my cup of tea – but I respect and will defend the right of Chubby to perform his act and for those who do find him funny to spend their hard-earned cash on tickets to see him. If you find Chubby Brown’s act offensive, there’s a simple answer – don’t go to see him. But I know there are lots of other people who do want to see him – and now they’ll be given that opportunity to see him in his home town.’ 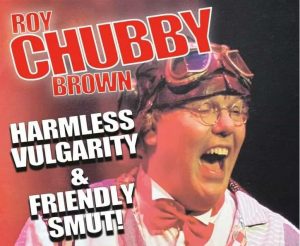