Parents with daughters called Alexa have protested their offspring are being relentlessly bullied because of having the same given/first/Christian name that Amazon uses for its virtual assistant. Girls with the name Alexa are persistently on the receiving end of repeated jokes and ridiculed when people shout their name and issue a command. Because of these persistent jibes, some girls named Alexa have suffered damage to their mental well-being and  as a consequence, some parents have even renamed their daughters.

The mother said that her six year old daughter Alexa is already being picked on. ‘It started in Reception. Older children would say things like ‘Alexa, play disco’. Other boys picked up on it and shouted commands at her. We were at the park the other day and every single boy there was saying it to her constantly. She’s started clamming up. I think it’s affecting her confidence. Adults make fun of her too. She said to me ‘I wish people didn’t know my name’. People buying these devices are unwittingly adding to the problem.’

The problem, which has attracted complaints ever since Alexa’s launch in 2014, is not confined to the UK. Lauren Johnson, from Massachusetts, USA, has started a campaign called Alexa is a Human – the web-site address is  https://alexaisahuman.com/.  Lauren said, ‘My daughter Alexa is nine now. The whole thing is a step beyond ‘normal’ teasing and bullying. It’s identity erasure. The word Alexa has become synonymous with servant or slave. It gives people a licence to treat people with the name Alexa in a subservient manner.’

Since Amazon’s Alexa devices were introduced in the UK in 2016, the popularity of the name has dramatically fallen. Then it was the 167th most popular baby name in England and Wales but by 2019 it was 920th.  There are more than 4,000 people called Alexa aged under 25 in the UK. Parents of these girls are now calling on Amazon to change the default wake word for its devices to a non-human name.

A spokesperson for Amazon told the BBC that it is ‘saddened’ by these accounts, and that alternative wake words are available. Amazon said in a statement, ‘We designed our voice assistant to reflect qualities we value in people – being smart, considerate, empathetic, and inclusive. We’re saddened by the experiences you’ve shared, and want to be very clear: bullying of any kind is unacceptable, and we condemn it in the strongest possible terms.’

Featured image a representation of the child for illustration purposes. 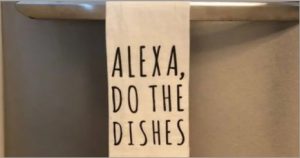 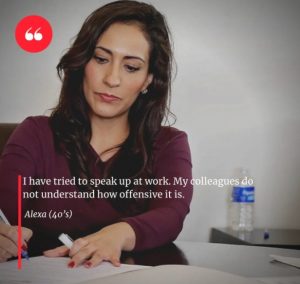 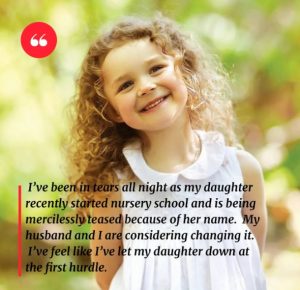 Have you seen James Dean?