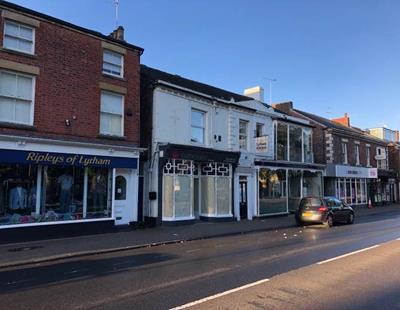 England has been put on notice for a New Year lockdown after the government’s chief scientific adviser warned that an extension of Tier 4 restrictions may be needed.

With the new variant now surging across the UK, an announcement that large areas of England will join London and parts of southeast England in Tier 4 is expected on Wednesday 30 December, when the next review of the tier system is due.

The clampdown is expected to come into force in the new year.

South Ribble was up by 32 cases for the same day.

Wyre recorded 26 new cases, Fylde up by 10 and Ribble Valley just six new cases.  Of East Lancashire’s boroughs, Burnley has the highest rate after 366 new cases were recorded in the seven days to December 16.

Sir Patrick Vallance told a Downing Street briefing on Monday evening that it was “likely” that measures would need to be increased rather than reduced over the coming weeks to prevent a surge in Covid-19 cases.

“The doubling time of this infection with a new variant is quite fast, it is more transmissible, it does require more action in order to keep it down and that’s why Tier 4 is important,” Sir Patrick said.

“What we did see was that in areas that had lower restrictions, you could still see growth in some places.”

The warning came as scientists were urgently investigating whether the new variant could spread more easily among children, posing a potential problem for reopening schools in January.

Just like in lockdown, non-essential retail will be forced to close in tier 4 areas. This includes nail bars, beauty salons, and other spa services. People in tier 4 will not be able to mix with other households indoors. They can, however, meet with one person from another household outside.

PrevPreviousDON’T FORGET, THERE MAY BE CHANGES FOR WASTE COLLECTION OVER CHRISTMAS 🎄
NextBlackpool Favourite Eddie Izzard praised for ‘bravely’ using the pronouns she and herNext
Related Posts