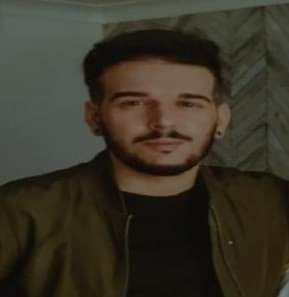 Have you seen Ashton?

Have you seen Ashton Tamburro, 35, from Blackpool?

We are growing increasingly concerned for his welfare as he has been missing since the early hours of this morning (Monday, March 29th).

He was last seen leaving an address in the Squire’s Gate area, possibly on a bike, at around 3am. He was then spoken to at around 9.20am and said he would be returning home shortly, but he has not been seen or heard from since.

We are extremely worried about him and are asking anybody who has seen him, or knows where he may be, to get in touch with us straight away.

He is described as white, around 5ft 8ins tall, of slim build, with short, brown hair. He is missing his front teeth. He was last seen wearing a navy blue tracksuit, a dark-coloured parka jacket with fur hood and white Fila trainers.

He has links to Blackpool and St Annes.

Sgt Alison Kent, of Blackpool Police, said: “We are extremely worried about Ashton as this is extremely out of character. We are asking people to study his photo carefully and to let us know if they see him, or have any information about where he might be. Similarly, we would ask Ashton himself, if he sees this appeal, to get in touch and let us know he is safe.”

Anybody with information should call 101, quoting log 119 of March 29th.