Sadly, the UK has entered its first recession – defined as two consecutive quarters of economic decline – since 2009. The UK suffered its biggest slump on record between April 2020 and June 2020, the economy plunging 20.4% compared with the first three months of the year. Rishi Sunak, Chancellor of the Exchequer, said today, ‘I’ve said before that hard times were ahead, and today’s figures confirm that hard times are here.’
Our economy is more than a fifth smaller than it was at the end of last year. Only Spain has experienced a deeper decline (22.7%). Worryingly, our decline is twice the size of contractions of both the USA and Germany.
Chancellor of the Exchequer, Rashi Sunak said the ‘outsized’ impact on the UK economy was down to the importance of ‘social activities’.
‘The primary explanation is the composition of our economy. Social activities, for example going out for meal, or going to the cinema, shopping, those kind of things, comprise a much bigger part of our economy than other European countries. So in a situation where you literally shut down all those industries for three months it will unfortunately have an outsize impact on our economy.’

Shadow chancellor Anneliese Dodds commented, ‘We’ve already got the worst excess death rate in Europe – now we’re on course for the worst recession too. The Prime Minister will say there’s only so much he could do during a global pandemic, but that doesn’t explain why our economy is tanking so badly compared to other countries. ’
The Bank of England’s latest forecast says the economy will shrink by 9.5 per cent this year, making it the worst downturn in a century, and unemployment will rise by a million. 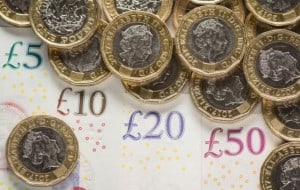 Magical meteor display after midnight tonight in the skies above Lytham St. Anne’s.