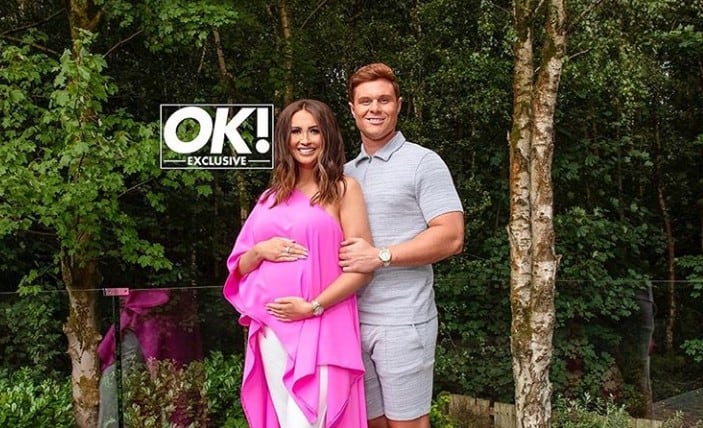 Former Lytham St Anne’s resident, Charlotte Dawson has hit the headlines over the years not only for being the daughter of legendary comedian Les Dawson, but also for her appearances on reality TV, such as ‘Ex-On The Beach’, ‘The Farm’, ‘Celebrity Ghost Hunt Live’ and ‘Celebs Go Dating’.  As a consequence she has gained a legion of fans on social media thanks to her uninhibited behaviour and unfiltered attitude – she has amassed an amazing 881,000 Instagram followers.

And now twenty seven year old Charlotte, who is still a regular visitor to our area, has told this month’s OK magazine that she’s excited to show fans a new side to her personality as she revealed she’s expecting her first baby with partner former Salford Red Devils, Leigh, Halifax and Dewsbury rugby player, Matthew Sarsfield, 28. ‘I might have liked to go out and have a good time, but I know I’m going to be an amazing mum and will do anything for my baby,’ she told the celebrity magazine.’

Charlotte’s famous father sadly passed away from a heart attack when she was just eight months old. And Charlotte’s first born is due just a week ahead of what would have been Les’s 90th birthday. ‘There’s every chance I could give birth on his birthday. What a tribute that would be!’ she told OK magazine.  When asked if she would like a boy or a girl, Charlotte replied, ‘I would love a little girl so I can dress her like me and we can do TikTok videos together.’

Charlotte told the Sun that she regularly travels to  Lytham St Anne’s, visiting Les’ memorial, the bronze statue erected 15 years after his passing, and she holds a vigil with her mum on Christmas Day, munching their festive lunch in the family home, close to her Dad’s ashes in the garden.

You can read the full story in the current OK magazine or click here for the full interview. https://www.ok.co.uk/celebrity-news/charlotte-dawson-pregnant-matthew-sarsfield-22457135 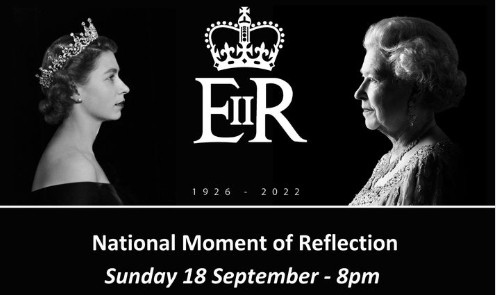 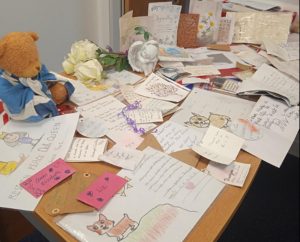 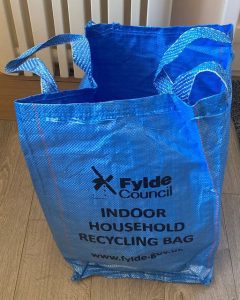