Acclaimed local recording star, Little Boots, has brilliantly used her hometown of Blackpool as the evocative setting for her brand new music video ‘Silver Balloons’, which is the first song to be released from the singer’s new album ‘Working Girl’.

In the four and a half minute beautifully filmed You Tube video, Victoria Hesketh (aka Little Boots) recalls and visually conjures up her childhood memories of youthful days in Blackpool.

Little Boots explains…’With this record being somewhat of a return to my roots, and with a good part of it being written in my hometown of Blackpool, it felt only natural that we should shoot the video on location there. I wanted to capture that northern chic, seaside glamour feel, of dressing up to go out out out when I was young, while mixing glitz with fish and chips, where the pier boardwalk becomes a catwalk.’

‘I’ve been wanting to shoot something creative in Blackpool for a long time as I have a special relationship with the town; I wanted to show it from the eyes of someone who has grown up there. We were inspired by Martin Parr’s photography of British seaside towns and wanted to keep it feeling very real, while taking viewers on a magical journey around town, following the silver balloons until they are released into the sky.’

Alongside releasing a new album, Little Boots will be singing backing vocals, playing live keyboards and synthesisers as part of ABBA’s forthcoming ‘Voyage’ shows which commence in May 2022

You can enjoy the first-rate, nostalgic Blackpool-filmed video here: https://www.youtube.com/watch?v=NGPGRa3sx_o 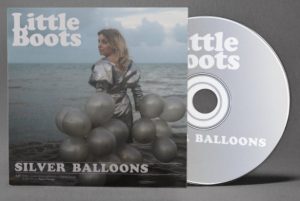 Minister Impressed By Sea Defence Projects During Her Visit To Lytham St.Anne’s

She has links to Lytham.

Beach Sports For All Ages Comes To St.Anne’s Beach This Saturday

Sealife Centre Blackpool and Home-Start have a great fundraising event planned for September!!

Minister Impressed By Sea Defence Projects During Her Visit To Lytham St.Anne’s