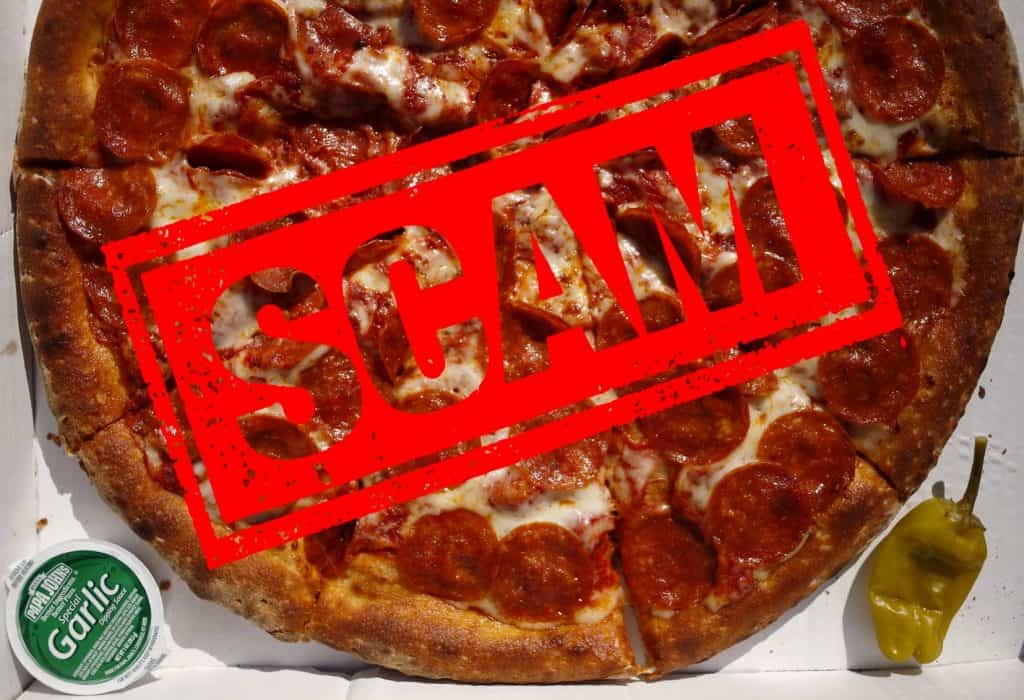 A local lady has taken to Facebook to share her shock and dismay as she has suddenly discovered an unknown direct debit coming from her account to an unknown recipient.

After investigating the debits, she finds she has had £900 in total taken from her account over 3 years! The company trading name was under WLY*MYTIMEREWARDSWL.UK, a company that claims to help you earn cash back monthly when you sign up for a monthly “reward scheme”.

If you’ve ever ordered Papa John’s you will know that after you complete your purchase an advert pops up claiming to help you earn £16 cash back on your purchase. The confounded local has found that this is where her payments started after ordering a pizza in August… however this was 3 years ago in 2017!!

When we got in touch she told us “I’d like to warn others about it. I bet they probably wouldn’t take 3 years to notice 🙈. Life would have been much simpler if the company name came up on the statement, but I imagine that is why they do it.”

Fortunately she will have the funds returned to her account after filling out a claim form, however she is determined to warn others about the mistake that was so easily made.

“Mind completely blown…..
Noticed a payment of £15 come out of my account past few months, not been able to work out why or who….
Got investigative head on today, tracked down the people and number and rang and asked them why they been taking this money…
‘Well, someone ordered a pizza from papa John’s in august, clicked on a banner, filled in details for cashback etc etc….
I assured him that nobody from this house has ordered a papa John’s pizza from this house for a long time 🙄
It was then he told me it was august 2017 😳

So anyway, once I’ve picked myself up off the floor I said ‘I’ve got another query for you while you are on the phone, he says ‘I think I know what that will be, is it the other transaction coming out of yr account for £10 under a different trading name?’
‘Well, blow me down, yes that was what I was going to ask…..is that for a chinese I had in the late 90’s?’
‘No, Ma’am, same day, same site so august 2017 too’

Alls well that ends well, 3 months has been refunded automatically and I have been assured I will receive the rest after filling out a claim form…..