With clear skies, the International Space Station (ISS) may be seen over Lytham St. Anne’s over the next few nights.  Tonight (Tuesday 19th March) the ISS will be visible to the naked eye at around 9.13 p.m. The ISS always appears from the South West and travels in a straight line to the East.

The ISS is visible when the sunlight reflects off of it and if the sky is clear tonight you should be able to spot its distinctive ‘V’ shape.

The International Space Station, launched in November 1998 is the biggest object ever flown in space. The spacecraft travels around the Earth completing 16 orbits per day at about 200 miles above us.

The International Space Station has been orbiting the earth since its launch on November 20, 1998. The international crew has currently seven colleagues aboard the ISS, which is the size of a football pitch,. The living and working space in the station is larger than a six -bedroom house. 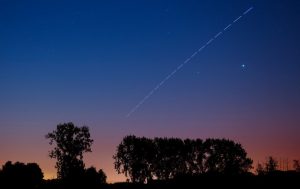 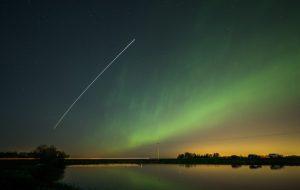 Coastguard and RNLI rescue person who was cut off by the tide, WARNING to locals