It is with the greatest respect that Lytham St Anne’s News shares this most sad news and sincere tribute from Lytham HM Coastguard to their former station master who has died at the age of 73 after a short illness. 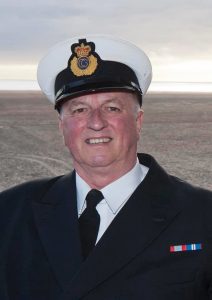 ‘We come to the end of a terrible week for all at Lytham Coastguard. We have unfortunately lost our old Station Officer Alistair after a short illness.
Alistair Heyworth retired on 14th September 2011 after 30 years’ service to HM Coastguard, in which he spent the last 12 years as Station Officer in charge of the Coastguard Rescue team located in Lytham St Anne’s.
He was involved with numerous major incidents such as the Riverdance, cockle pickers in Morecambe Bay and various aircraft and helicopter ditching in the sea.
After 30 years’ service Alistair had been involved with over 4,000 incidents on the Fylde coastline.
We would like to send our deepest condolences to Alistair’s family, and thank you for your outstanding service Alistair! Rest in peace.’

Alistair began his voluntary service with the coastguard back in 1981. Throughout his years of service, Alistair, ran his own pump engineering business, which he went into straight from school, Ansdell Secondary Modern – now Lytham St Anne’s High. On his retirement on his 65th birthday back in October 2011 Alistair said that he would have been happy to maintain his work for the Coastguard if the regulations had allowed him to carry on serving our coastal community.

Lytham St.Anne’s News would like to send sincere condolences to Alistair’s family.  Our thoughts are with you at this most sad time. 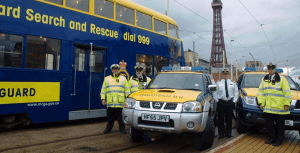