The concerned daughter of a Lytham St. Anne’s elderly pensioner has told Lytham St. Anne’s News that her mother is emphatically refusing to buy her newly imposed TV licence. She has now had six letters about the change in licencing regulations.  Describing the problem, our reader states that her elderly mother (and grandmother of four), chooses to live alone, enjoying her independence.  However, as a matter of principle she says she would happily go behind bars rather than buy the licence.

Her mother points out that in jail she would be provided with three meals a day, a warm room, access to a library, suitable age-related activities and a TV for free.  The daughter told us that she would happily buy the licence for her mother – but her mother is very single minded and has totally and absolutely refused to accept her (and the grandchildren’s) offer of help. To provide assistance would, says the daughter, cause deep resentment – and even anger. 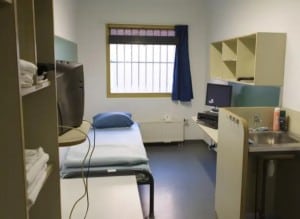 This comes as many other pensioners are likewise refusing to pay. Campaigners warn that as a consequence courts, already struggling because of Covid-19, could become totally clogged up with over 75s who get prosecuted for failing to pay the BBC licence fee.

Support for this ‘pensioner protest’ is shared by reports in the national press. It appears that tens of thousands of over-75s are staging a similar revolt against the scrapping of their free TV licences, which came into force on Saturday 1st August, 2020. The Daily Mail has reported that many affected by the new scheme say they are ‘determined to never pay at all’ and are willing to ‘go the whole hog’ and fight the BBC in court, even risking prison.

The BBC say they will ‘enforce the law’ and has allocated £38million to chasing pensioners for their payments adding that they now have 800 additional staff to deal with queries from the over-75s.  Capita Business Service Ltd have been awarded the contract for administration and enforcement of the TV Licence Fee. This private firm will now provide the ‘outreach’ officers who will visit the homes of over-75s in pursuit of licence fee payments.

Julian Knight, Tory chairman of the Commons digital, culture, media and sport committee, said there was a danger that the percentage of court time taken up by these cases could ‘increase exponentially’.

Mr Knight said: ‘The danger is that because there are very particular circumstances in this instance you may end up with people wanting to appear in court in person. Another spokesperson said, ‘As many of these elderly citizens are infirm, we have a duty of care to ensure that they able to appear in court safely and without either physical or mental detriment.  This will present us with challenges.’

Jan Shortt, general secretary of the National Pensioners Convention, said about the imposition of the licence fee, ‘This is devastating for all those people who will now have to find the extra money. We’re particularly concerned about those who are only just over the Pension Credit limit. They’re the ones who are already making difficult decisions about how they spend their money. For those people their TV is a lifeline, particularly when we might have a second wave of the coronavirus. We will continue to argue with the Government – it’s their responsibility.’

Across the North West, an estimated 348,830 pensioner households will now need to buy a licence, which currently is £157.50 per year (more than a week’s Basic State Penion). Below is a photograph of another pensioner, Derek Cheesbrough, who has currently received 100 ‘intimidating’ TV Licencing letters despite not owning a television since 1997. 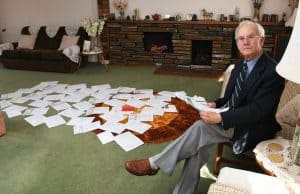 How to safely have sex during the pandemic

Local Artist gets ready for his exhibition!!

Fylde Foodies Feasted On 203,000 ‘Eat Out To Help Out’ Meals Saving Over A Million Pounds Off Their Bills!