Lytham St Anne’s Islamic Society has celebrated the establishment of its first community centre in the area with a special, welcoming open day. Among the many who joined the celebration in St. Anne’s on this important occasion for the local Islamic community were Fylde MP Mark Menzies and Fylde Mayor Councillor Elaine Silverwood.

Society Chairman Mohammed Jamil said, ‘It is marvellous that we have premises of our own, which will also house an education centre. Since its formation, the Lytham St Anne’s Islamic Society has worked with a number of local charities such as the Foodbank, Age UK and the homeless society in Blackpool, while during the pandemic, we worked very closely with neighbours, helping them in their shopping. On top of that we held numerous get-togethers to engage with local community – the whole idea of our Islamic society is to integrate with the local community.’ 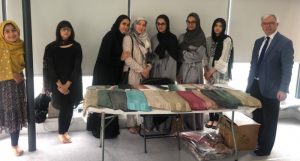 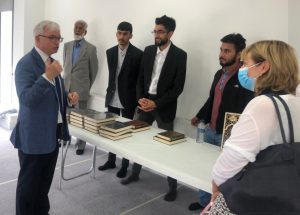 2 MISSING YORKSHIRE GIRLS COULD BE IN BLACKPOOL!

THIS IS NO YOLK! Egg throwing yobs and yobettes warned by Fylde Police!