The free TV licence for over-75s will be means-tested from 1st August, the BBC has said.  The change was originally due to be made on 1st June and it was hoped that free TV licences for all these elderly people would continue. Now more than three million households will be told to pay the £157.50 fee from the beginning of next month, 1st August, 2020.  This will be the end of free licences for all pensioners over 75.

The only households which will not have to pay for the right to watch live television and access the BBC’s iPlayer service will be those which include someone over 75 who receives the Pension Credit benefit.

BBC Chairman, Sir David Clementi, said, ‘The decision to commence the new scheme in August has not been easy, but implementation of the new scheme will be Covid-19 safe.  The BBC could not continue delaying the scheme without impacting on programmes and services. Around 1.5 million households could get free TV licences if someone is over 75 and receives Pension Credit, and 450,000 of them have already applied.’

He continued, ‘Like most organisations the BBC is under severe financial pressure due to the pandemic, yet we have continued to put the public first in all our decisions. I believe continuing to fund some free TV licences is the fairest decision for the public, as we will be supporting the poorest oldest pensioners without impacting the programmes and services that all audiences love.’

Some commentators now believe that this is the time for the BBC to be defunded and end the compulsory licence fee.  Other believe that the BBC is an institution that should be maintained as a subscription service would be even more expensive.  What do you think? 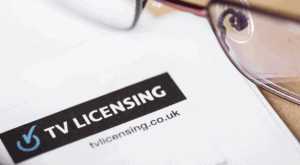 How cute are these? Supporting charity, this years must have Christmas decor ❤️

Sunday’s Black Lives Matter Protest is Not Allowed, According to Local History Expert

Fleetwood Range Rover RANSACKED in the Dead of Night