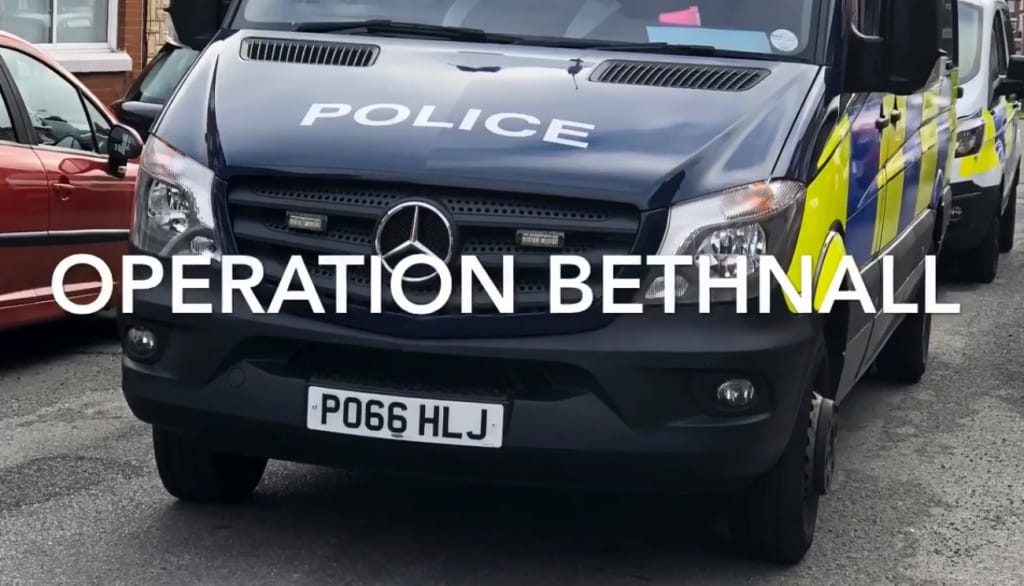 Police have released this photograph of a man, Jack Sanderson, aged 20, who is wanted a part of an on-going operation centred upon modern slavery and drugs supply.

This follows the arrest of three people yesterday (Thursday, August 6) by police investigating drugs and modern slavery offences in Blackpool.  Officers from Blackpool Police’s Criminal Exploitation Team carried out raids at addresses as part of Operation Bethnall, a major investigation into drugs supply and human trafficking offences in Grange Park.

Thursday’s warrants were conducted following intelligence suggesting teenagers are being used and forced to deal drugs in the area. A quantity of suspected cocaine, cannabis and diazepam as well as cash, has been seized.

Det Sgt Steve Montgomery, of Lancashire Police, said: ‘We are committed to tackling drugs supply and exploitation of all kinds and we continue to work proactively to put an end to modern slavery. These raids follow a major investigation by police at Blackpool targeting individuals we suspect are using teenagers to deliver and supply drugs in the Grange Park area. While we have made a number of arrests, Jack Sanderson is wanted by police as part of this operation – we would encourage anyone with information about his whereabouts to come forward.’

‘We welcome any community intelligence that may help to identify addresses where drugs supply and modern slavery may be taking place. If you suspect suspicious activity is taking place, please let us know. We take all reports seriously and will investigate thoroughly.’

Blackpool Council leader, Lynn Williams, said the authority’s children’s social care team had helped to identify a situation where young people might be at risk.

For advice and support for victims and those with suspicions, please call the modern slavery helpline on 08000 121 700 or visit lancashire.police.uk/modernslavery

PrevPreviousMISSING: Mason has not returned home, any information please contact the Police
NextAdvice from Fylde Council – Take a Photograph Of Your Children As You Arrive On Beach In Case They Go MissingNext
Related Posts