Photographs show the shocking electrical dangers and the magnitude of a £950,000 Cannabis set-up which was discovered when Blackpool Central Neighbourhood Team, working  alongside Blackpool Neighbourhood Taskforce and Blackpool Council, executed a drugs warrant on a premises located on Coronation Street, Blackpool yesterday (13th September 2021).

The premises was heavily fortified (photograph below) but entry was gained and a large Cannabis setup was located. Two Albanian nationals were arrested and have been arrested for Production of Cannabis and Immigration offences. The premises has been placed under a prohibition order by Blackpool Council. The successful operation was based on the community information.

In total, around 950 plants, with an estimated street value of around £950,000, were removed. The photographs below show the extent of the Cannabis setup, the reinforcement on the door and the electrical connections, which are a significant fire risk. Other photos show the living quarters which are basic and have no windows or ventilation within.

Frrok Zefi (42) and Aldi Gjetani (27) of No Fixed Address have been charged with production of Cannabis and remanded to Lancashire Magistrates Court tomorrow (15th September 2021). 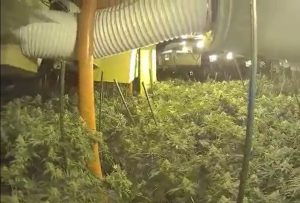 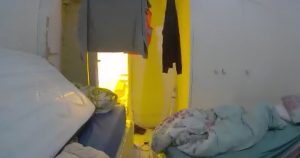 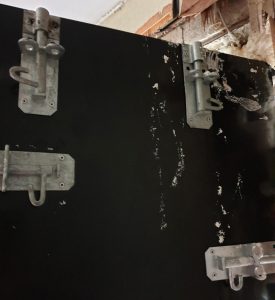 HM Coastguard Lytham Called Out To Two Riderless Horses Running On The Beach!