The Local Government Boundary Commission has published its final recommendations for the future of Fylde Council Wards with the Borough having 14 fewer councillors from 2023.

The Local Government Boundary Commission is the independent body that draws these boundaries. It has reviewed Fylde to make sure councillors will represent about the same number of electors, and that ward arrangements will help Fylde Council work effectively.

The Commission has published final recommendations for changes in Fylde. It says residents should be represented by 37 councillors, 14 fewer than current arrangements.

There will be 17 wards; one single-councillor ward, twelve two-councillor wards, and four three-councillor wards. This is four fewer wards than there are now. The boundaries of 19 wards have changed. Two, Medlar-with-Wesham and St Johns, will stay the same although St Johns will be re-named Lytham East.

Fylde Council leader Cou0ncillor Karen Buckley said: ‘Fylde Council will look very different in May 2023 in terms of the warding patterns and the number of councillors that will represent Fylde residents. In general, the wards are geographically bigger and there will be fewer councillors reducing from 51 to 37 but each will represent a similar number of electors. It’s a big change and will mean the role of a councillor is more demanding but just as rewarding, if not more so.’

Publishing the recommendations Professor Colin Mellors, Chair of the Commission, said: ‘We are very grateful to people in Fylde. We looked at all the views they gave us. They helped us improve our earlier proposals. We believe the new arrangements will guarantee electoral fairness while maintaining local ties.’

Parliament now needs to agree the changes. The new arrangements will then apply for the 2023 council elections.  Here is a map of the new boundaries. 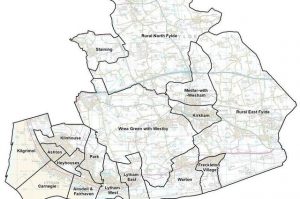 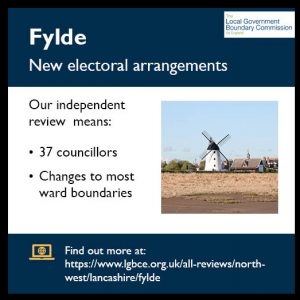 Lytham St. Anne’s Parents Will Get Two Weeks’ Notice Before Our Schools Reopen