Colouring In is a love story, set between 1989 and 1992. It’s main character, James Clifton, is a talented artist but his creativity is buried beneath a mundane day job and blunted by life in the real world. Then a mysterious letter arrives, and James finds love and a sense of purpose for his artistic skills.

“I thoroughly enjoyed this book and it kept me engaged to the end. I found myself looking forward to the evenings when I could read it again. Without giving too much away; first impressions are often lasting, but many times we are wrong, and this is how I felt about the main character. Nigel has cleverly created a character that over the course of the book, like in real life, their true self begins to show. I believe an inspiring and valued lesson can be learnt from this book. I look forward to reading more of Nigel’s work in the near future.”

“I will admit that, at first, I wasn’t sure if I was going to like ‘Colouring In’. I found none of the characters particularly endearing, but I did want to keep turning the page. I’m glad I did. A complex and insightful tale of self-discovery, love, loss and the creative process.”

You can read more about Nigel’s writing in his blog on the Purple Parrot Publishing website, here: – https://www.purpleparrotpublishing.co.uk/nigel-stewart

Nigel’s second novel, The Lines Between Lies, will be published in the summer of 2020. A thriller, it deals with a life dominated by social media and the fault lines they create. The central character, Edward Clayton, is naive yet duplicitous and patches up the fractures in his life with convenient affiliations. Then, in all innocence, he does something that puts him at odds with the wrong kinds of people and is dragged down in to an obsessive, haunted pool; where the fish are big; and Ed is the bait. Set in Lancashire and London, The Lines Between Lies is in the final stages of design. 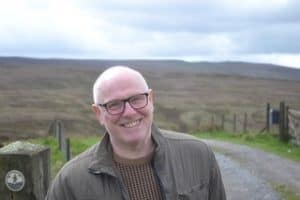 A third novel, as yet untitled, is almost complete – and Nigel will begin work on a fourth later in 2020.

Originally from Northumberland, Nigel moved to the Fylde in 1989 and currently lives in Kirkham. When he isn’t writing novels, he’s a keen musician and lyricist. You can follow him on Twitter and Instagram (@menigestew) as well as on Facebook and please watch this space for Nigel’s new website, due to be launched in July 2020. 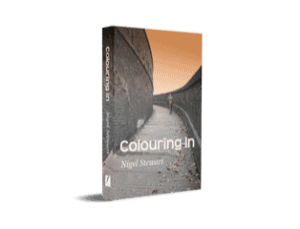 Wider Footways To Be Created On Clifton Street And The Crescent

Two Top Of The Range Cars Seized in Lytham

Major Road Closure Alert as Blackpool Wilko to be Demolished

How Long Have You Lived In Your Home In Lytham St. Anne’s?

Will The Injustice of the Algorithm Be Repeated for Thursday’s GCSE Results In Lytham St Anne’s High Schools?

Wider Footways To Be Created On Clifton Street And The Crescent