Lytham St. Anne’s home buyers will welcome the Chancellor Rishi Sunak’s announcement in today’s mini-budget that he will freeze stamp duty. He said he would immediately raise the threshold on stamp duty to £500,000 until March 31 2021.  The measure, which temporarily increases the ‘nil rate’ band of stamp duty from £125,000 to £500,000, will reduce the average stamp duty bill for a main home from £4,500 to zero. Buyers can potentially save up to £15,000.

Announcing he has decided to cut stamp duty, he said: ‘Right now, there is no stamp duty on transactions below £125,000. Today, I am increasing the threshold to £500,000. This will be a temporary cut running until March 31 2021 – and, as is always the case, these changes to stamp duty will take effect immediately. The average stamp duty bill will fall by £4,500. And nearly nine out of 10 people buying a main home this year, will pay no stamp duty at all.’

Also on the Property Market, the term ‘master bedroom’ will no longer be used by dozens of estate agents in the United Kingdom due to its allusions to sexism and slavery.

The Times has reported that many independent and chains of Estate Agents are to ditch the term in order to appeal to younger, socially conscious buyers.  Instead the term ‘primary’ or ‘principal’ bedroom will be used.

Peter Wetherell, executive chairman of Wetherell Estate Agents said the term would be changed on all his listings. He told The Times, ‘These changes are being driven by political correctness and dramatic transformations in the buyer demographic across prime central London. The typical buyers are now aged from their early twenties to their mid-forties and from all over the world. This young demographic tends to be very broad-minded and find any form of racism or sexism deeply offensive.’

David Westgate of Andrews’ Estate Agent chain with fifty offices, said the company was now more ‘aware’ of their behaviour and wanted to ‘make sure people are treated with respect’. Other estate agent directors claimed they would be able to make sure no client was offended by using ‘neutral and non-offensive’ marketing terms – for example, not using ‘his’ and ‘her’ bathrooms with a same-sex couple. 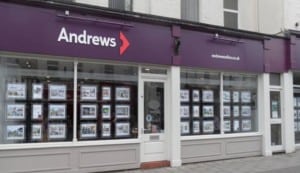 Confused About Which Face Mask To Buy And Wear In Lytham St Anne’s? Read This.