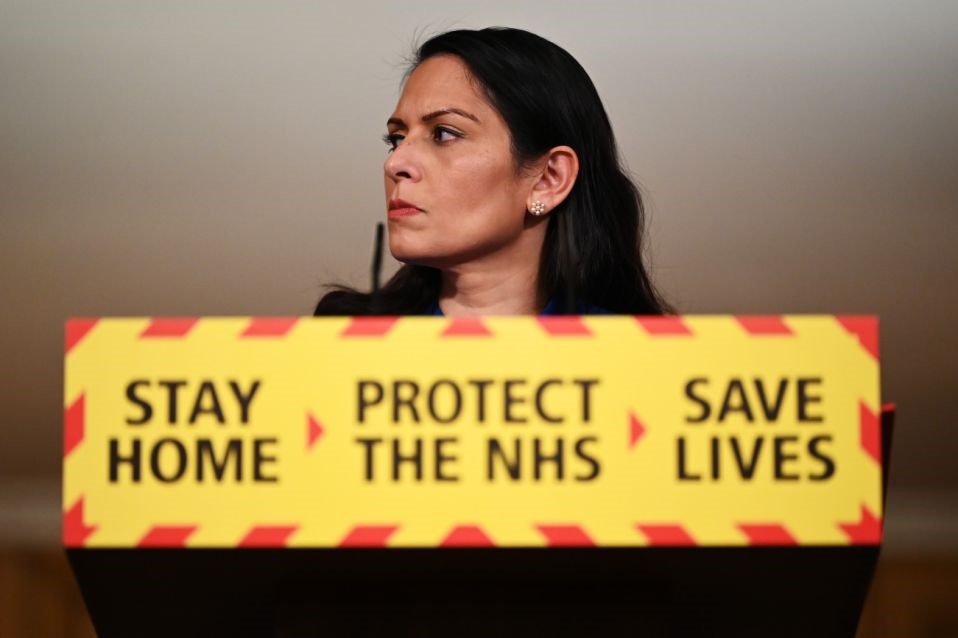 The Home Secretary used an appearance on ITV’s This Morning today to tell viewers they should be ‘exercising on your own and not socialising’.

She added, ‘Exercise on your own and don’t use it for a social meeting.’

Defending the Prime Minister who was photographed cycling seven miles from Downing Street, she said,  ‘Cycling is fine, because you are on your own, you should not be cycling with other people’.

Ms Patel was later contradicted by Downing Street. When asked about Ms Patel’s comments, Prime Minister Boris Johnson’s official spokesperson said: ‘We’ve been clear that if people exercise they can do so with one other person from another household but we’re asking them to socially distance while they’re doing that.’

Support groups also have pointed out that it is potentially dangerous for lone joggers and runners to exercise – and that Priti Patel should know the rule as she is Home Secretary.

The government guidance on the current lockdown states that people in England can exercise outdoors once per day in a local public place. This is either by themselves, or with the people they live with, with their support bubble, with their childcare bubble where providing childcare, or – when on their own – with one person from another household.

The guidance adds: ‘This includes but is not limited to running, cycling, walking, and swimming. Personal training can continue if participants are from the same household or support bubble. It can also continue if it is one on one, although this should only take place in a public outdoor place, and not in someone’s private home or garden.’

Ms Patel’s comments marked the second time this week that she appeared to have got the rules wrong.  At a Downing Street press conference, the Home Secretary said that ‘outdoor recreation’ is permitted in a ‘restricted and limited way’ – despite it being prohibited during the present lockdown.