The police have shared an update on the incident that occurred yesterday at 2.10pm in Halifax bank, Blackpool town centre. Reports stated a man on a mobility scooter entered the bank and continued to pour petrol on the floor. He later doused himself in petrol and threatened to set himself alight. The man is 80 years of age and it has been confirmed that he has serious mental health issues. 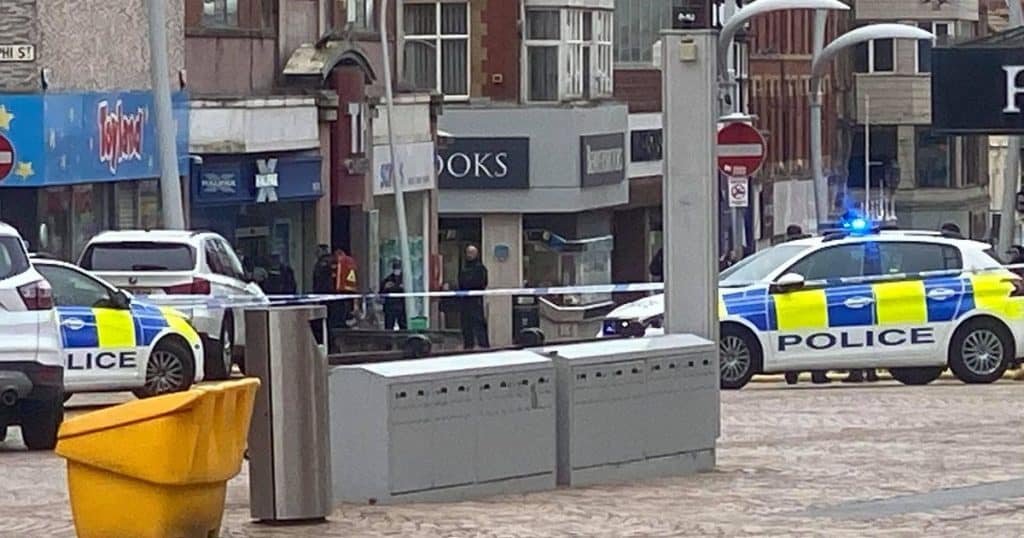 The police successfully negotiated with the man, as they removed all employees from the bank and nearby buildings, ensuring that everyone moved to safety. Cadent gas were also at the scene yesterday evening to assist.
This morning’s update shared that the man is being detained under the mental health act, and will receive the care and treatment he requires. A cordon will remain around the bank whilst investigators attend the scene.

Man on mobility scooter pours petrol on the floor of Halifax bank in Blackpool, Police evacuating the scene

Drunk Driver On Way Home To St. Anne’s Ends Up On Cricket Pitch at 4.00 a.m. With Lamppost On Roof Of Car

Local Beauty Salons Open – Plus Some Major Sports Stadiums Next Month! Back To Some Normality By Christmas?

Man on mobility scooter pours petrol on the floor of Halifax bank in Blackpool, Police evacuating the scene