The Police are now seeking information regarding the decapitation of the iconic statue, within the Rose Gardens in Ashton Gardens reported yesterday (3rd June) here on Lytham St. Anne’s News. Fylde Council have also responded to the criminal damage which occurred during daylight hours .

The damage was officially reported by PCSO Damian Rowe after seeing images of the damage posted online. He said,  ‘I have been in contact with Fylde Council this morning and they are aware of it. The reason we are putting it out there is because we have not got much to go on. All we found at the scene was a comb and a packet of cereal, so it looks like it was kids, but it’s hard to say at this point. They have potentially used some sort of device to take the head off, because it is quite a solid statue. You would need some heavy blunt force to take the head off, so they may have used something to remove it.’

A Fylde Council spokesperson responded, ‘We’re devastated at the damage caused in Ashton Gardens yesterday. Whilst most people appreciate our beautiful gardens and treat them with respect, it appears the minority are intent on spoiling it for the rest of us. We’ve seen an increase in anti-social behaviour throughout the borough in recent weeks, but the good news is our security teams will be stepping up their existing patrols.’

To share how the damage will be sorted, the Fylde Council Spokesperson said, ‘Our teams are clearing up the debris this morning and the incident is being logged with the police. We have recovered the head of the statue and will be organising repairs through a specialist stonemason.’ 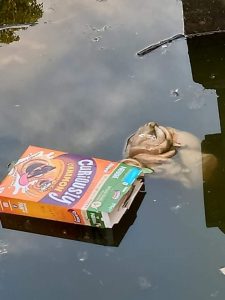 Wanted for “Failing to appear at court for a serious offence”

Have you lost a valuable earring?

Wanted for “Failing to appear at court for a serious offence”