By Callum NaylorJuly 26, 2020News
No Comments

Update: Further to yesterday’s release about the teenage girl reported missing from home in Darwen on Saturday night. She has now been found safe and well in Blackpool this morning (Monday 27th July, 2020). Thank you to everybody who supported and shared our appeal.

Police are ‘extremely worried’ about Saskia Baldwin, 15, who has gone missing from her home in Darwen and may be in our area. She is described as being around 5ft 2ins tall, of slim build, with blonde hair worn in a bun which is dyed blue (see picture below). She was last seen wearing a black jacket, jeans, a white top and trainers.

Saskia was last seen in person in Preston on July 24. She was seen again on CCTV at the Imperial Hotel in Blackpool at around 11.30pm last night (Saturday, July 25).She has not been seen since and police are urging anybody with information to come forward. Anybody with information is asked to get in touch on 101, quoting log number 1538 of July 24th.
PC Aimee Richardson, of Blackpool Police, said, ‘We are extremely worried about Saskia and are urging anybody who has seen her or knows where she may be to get in touch as soon as possible. In particular she may be staying in a hotel in the Blackpool area and we are asking hoteliers who think they may have seen her to get in touch. Similarly, we would also urge Saskia herself, if she sees this appeal, to make contact and tell us where she is.’

Lytham St. Anne’s Granny Chooses Jail Rather Than Getting A TV Licence 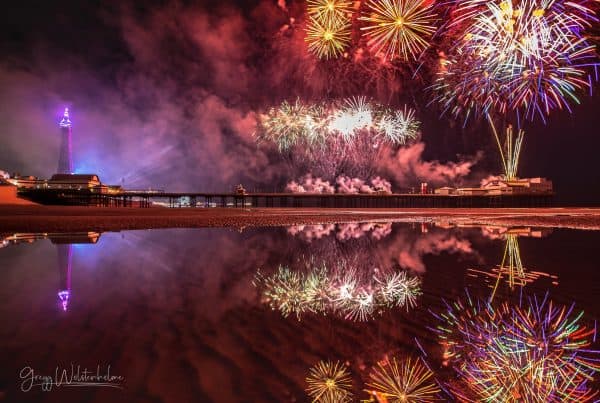