It has been reported that a group of friends were gathering in a shelter in Lytham yesterday, and despite the multiple bins surrounding the area, they failed to pick up their rubbish.

A local, Sarah Owen, shared the photographs on the Facebook group Look Out In Lytham, highlighting the fact that a dog had died recently due to eating litter (reported on our site yesterday). 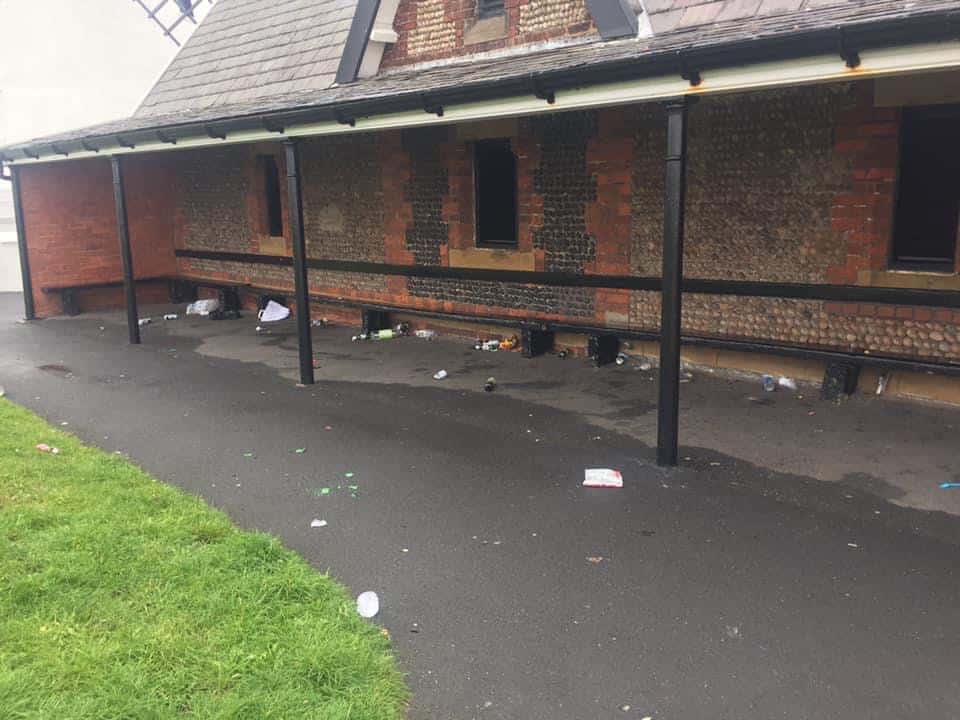 The shelter was scattered with used condoms, broken glass, left over food and wrappers. In addition, she added that the area smells vile, as the shelter has been used as a toilet, a distinct acrid smell of urine emanating from the shelter.

Locals are continually distressed due to ever increasing mounds of litter that are scattered across Lytham every time the sun comes out. With locals banding together to pick up litter and make their home safe for the public.

Barbara Booth commented: “Thank you for clearing it up. My dog stood on a patch of broken glass yesterday on a quiet road in St Annes that leads into an alley. I had to go home and examine all of her paws. Fuming and so disappointed in the behaviour of those that think it’s OK to leave broken glass around.”

It is so important to stress following the events of the past month, that there are children and dogs who know no better than to step on glass or eat a used condom. When will this vile behaviour cease?

This story begs the question, where are the Fylde council officers who are supposed to be out handing out penalties to litterers – why is it that all they are managing to find are cigarette ends on the floor?

Recommendations for Lytham St. Anne’s young students using buses to and from schools and colleges issued.