At just after 8.00 p.m. on Sunday 8 July, a group of teenage girls were travelling back from a day of shopping in Liverpool.

While waiting on the platform for the train, a group of men were looking in their direction and winking.

Both groups then boarded a train heading to Blackpool North railway station. On the train the men started threatening the group of young girls and sexually assaulted one of them.

Officers believe the men in the images may have information which could help their investigation. British Transport Police (BTP) have asked, ‘Do you recognise these men?’

Alternatively, you can call Crimestoppers anonymously on 0800 555 111. 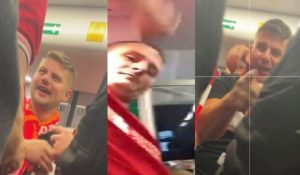 Will The 2021 Budget See Lytham St Anne’s ‘House Price Boom’ Continue For The Rest Of The Year?

MPs to vote on Lockdown 2.0 today to come in affect from midnight